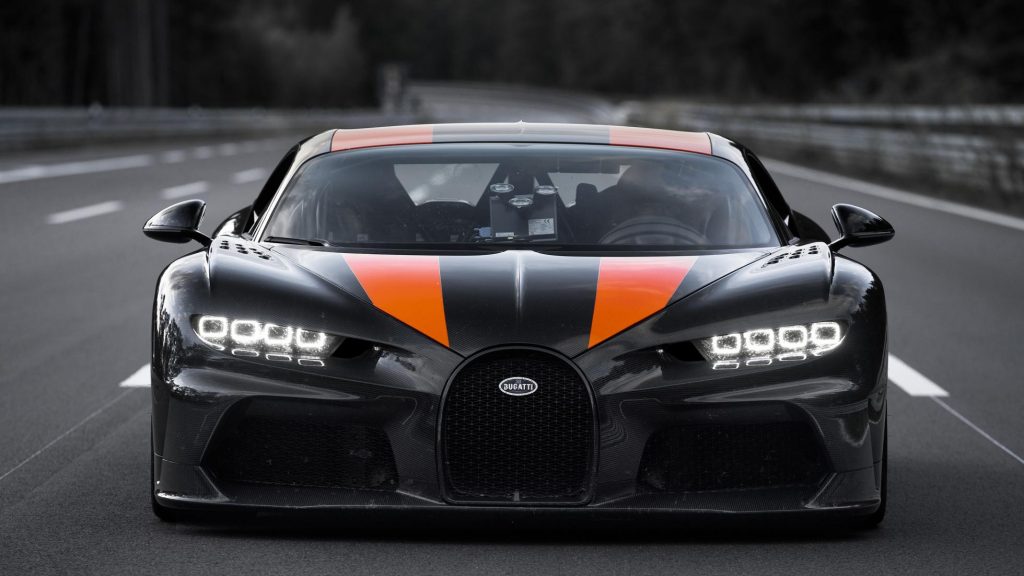 Andy Wallace was the British pilot who was behind the wheel during the recent record-setting run and he recently told Autoblog the special Chiron’s W16 engine wasn’t out of breath at 304.77 mph (490.479 km/h).

“I don’t think that’s the v-max of the car, because it was still accelerating. At that speed, you cover a kilometre about every seven seconds. Then, of course, at the other end you need some distance — not necessarily time, but quite a lot of distance — to get the car down to the right speed for the banking,” Wallace said.

Wallace added that, in hindsight, he might have been able to keep his foot on the throttle for about one more second before hitting the brakes. That wouldn’t have been enough to cross the symbolic 500 km/h (310 mph) threshold, but it would have added about another mile per hour to his record. “We need less drag or a longer road to go faster,” he explained.

Does that mean we could see Bugatti and Wallace try it again? Well according to the manufacturer themselves, they are finished with this sort of thing but Wallace seems to be ready for more.

“You’ve got all the right people sitting around, and you ask where the limit is. You push it to Michelin, they say, ‘It’s not us.’ If it comes back to me, I’m gonna say it’s not me. With the right technology and careful preparation, I’m sure you can go more. I’m also sure you can’t do 600 kph [372 mph]; certainly not now,” Wallace concluded.