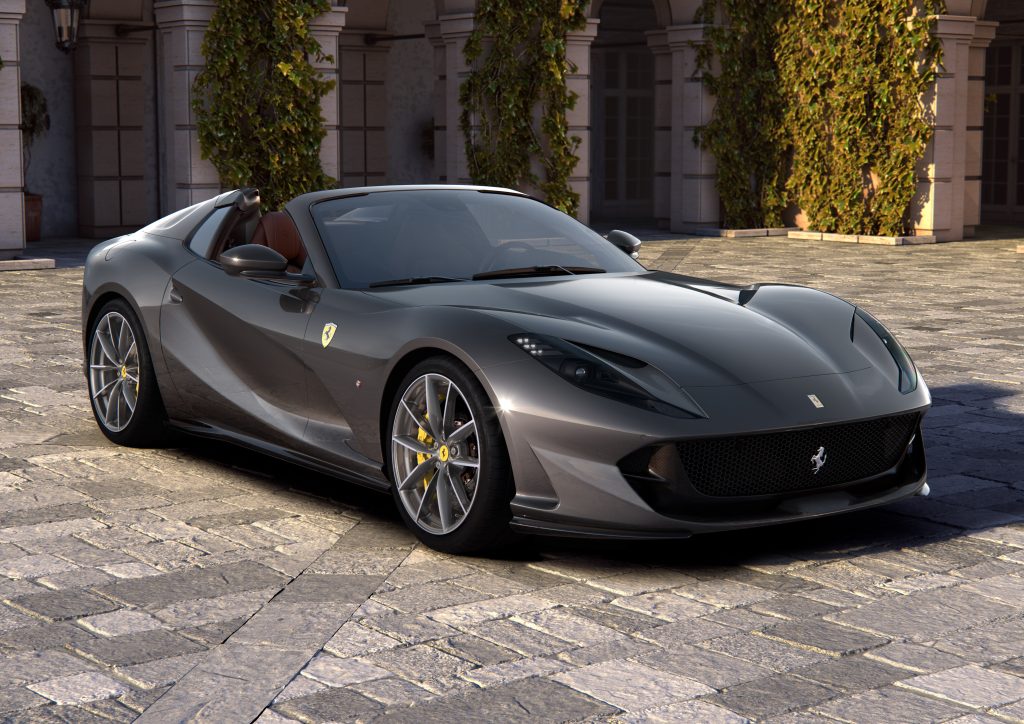 We knew it was coming and here is the new Ferrari 812 GTS which is a convertible 812 Superfast and now the most powerful production convertible in the world (currently on sale).

It is fitted with a folding hardtop which Ferrari says can be lowered in just 14 seconds at speeds of up to 45 km/h. There’s also a retractable electric rear screen between car’s buttresses, which acts as a windbreaker when the roof is lowered. Drivers can also open the screen with the hardtop in place so you can hear the V12 howl without fully dropping the roof.

The 812 GTS receives a small aerodynamic tweak to maintain the same performance as the 812 Superfast. A new triplane wing and active vane features in the car’s rear diffuser to maximise downforce, while fresh air vents on the 812 GTS’s rear flanks help reduce drag by relieving excess pressure from the car’s rear wheel arches.

A new multi-spoke alloy wheel design is also available in a choice of three coatings, with customers given the option of “diamond-finish,” “liquid silver” and “Grigio Scuro.”

At this stage, we are only expecting to see this car arrive in South Africa in 2021.