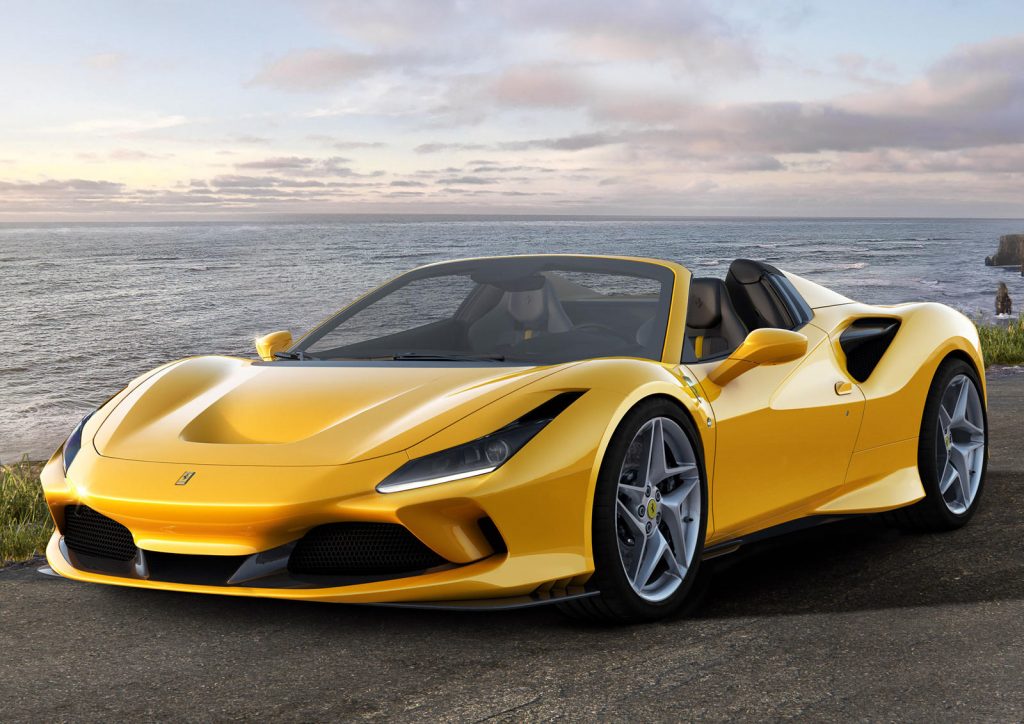 The Frankfurt Motor Show is just days away but we have our first important reveal thanks to the Maranello manufacturer sharing the drop-top variant of the F8 Tributo.

It has its sights firmly set on the likes of the McLaren 720S Spider and Lamborghini Huracan EVO Spyder thanks to the most powerful mid-rear-mounted V8 in history sitting behind the occupants. This 3.9-litre twin-turbo V8 has won the International Engine of the Year Award for four years now and produces 710 hp (530 kW) and 770 Nm of torque in the Ferrari F8 Spider.

Removing the roof and replacing it with a retractable hardtop only makes the Spider 70 kg heavier so the 0 to 100 km/h sprint time of 2.9 seconds and a top speed of 340 km/h remains. Only in the run-up to 200 km/h does the F8 Spider lose ground to the coupe, taking 8.2 seconds to the Tributo’s 7.8.

The hardtop can be retracted or deployed in just 14 seconds at speeds up to 45 km/h and dropping the roof may be rather rewarding too as Ferrari says the exhaust layout has been “extensively modified across the board” to produce a sound “absolutely unique to this particular car”.

Other than that, the rest of the car is pretty much identical to the F8 Tributo which is certainly not a bad thing.

The F8 Spider is expected to arrive in South Africa towards the end of 2020 with local pricing not yet known at this stage.