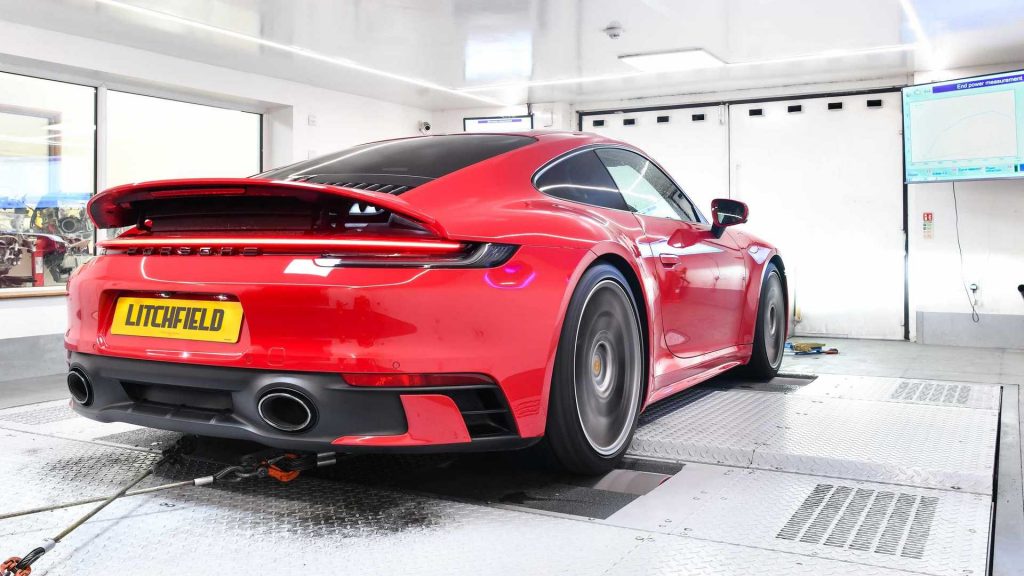 As it stands, the most powerful Porsche 911 (992) offering is the Carrera S with 443 hp (330 kW). For the impatient owners who are itching for more power, Litchfield will enhance the 3.0-litre twin-turbo flat-six to make 572 hp (427 kW) and 650 Nm of torque. Base Carrera owners are also invited to the dance but the figures possible in that model remain unclear.

To achieve this power jump in the 911 Litchfield only manipulate the engine management system by means of plugging a connector to the ECU – no hardware tweaks. Also worth mentioning is that the software upgrade still plays well within European emissions regulations.

Litchfield says that although the base 911 uses smaller turbo components and makes a less potent boost than the Carrera S, the powerplants in both models are not foreign to the tuner as it is the same basic engine as that of the 991-generation GTS.

Lastly, Litchfield also went on to mention that they are in the works of new exhaust systems as well as other hardware upgrades for both models as Remus and Akrapovic are already in touch to save weight and improve performance.