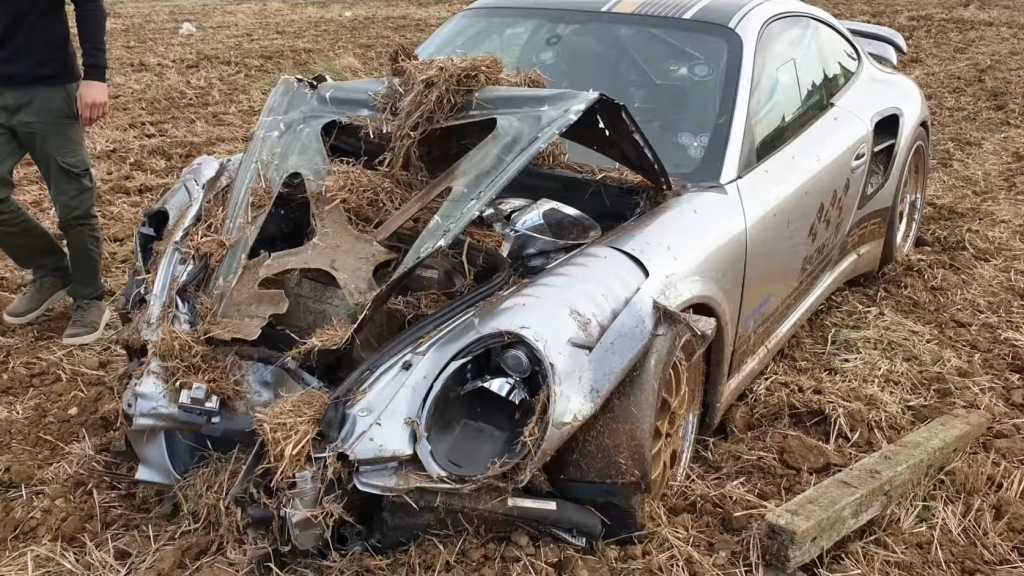 As you will see in the video below, the car topped out at 227 mph (365 km/h) and although there were no mechanical failures, the braking zone was simply not long enough for a car to come to rest at this velocity. The slowdown area was apparently 530 m long and as you will see the Porsche slams into the hay bales at the end at 90 mph (145 km/h).