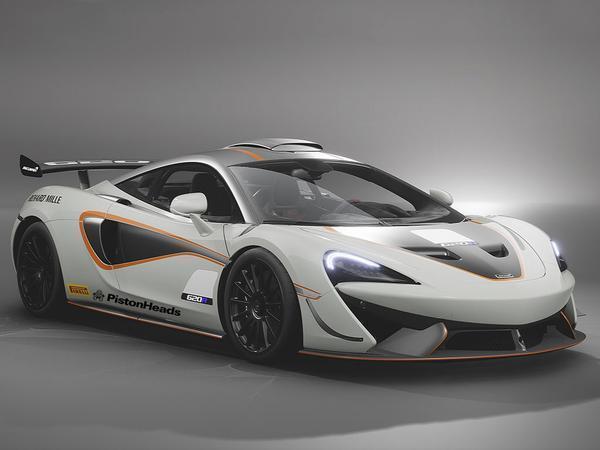 Currently, the most hardcore road-going variant in the McLaren Sport Series range is the 600LT (Spider and Coupé).

It is lighter, longer, and more powerful than anything else but that is all about to change as there is a GT4-based 620R on the way blurring the lines between race and road like never before.

The 620R was leaked to Pistonheads by a McLaren owner who is on the list to get one. You will need to have a good relationship with your local dealer too because according to the source, “This is a car we are offering to select customers by invitation only.”

The words ‘select’ and invitation mean it will be limited and probably quite expensive but as you can see in the leaked images in this article, the track-focus has been increased dramatically. This is basically a race car made road legal rather than a road car aimed at occasional track use.

The aerodynamic package consists of a prominent rear spoiler, a front splitter, and a new intake arrangement and diffuser from the GT4 car.

With regards to the interior, we may see something similar to the MSO X we saw last year. This was a run of ten 570S cars commissioned by McLaren Newport Beach which exactly mimicked the racing car’s appearance.

So what will the twin-turbo V8 push out? We are pretty sure it will be bumped up over the 600LT to 620 PS (as the name suggests) which is 611 hp (456 kW). This will quickly make it the most powerful Sports Series car yet.

This may annoy a lot of 600LT owners but it wouldn’t be the first time McLaren has pulled off something like this.