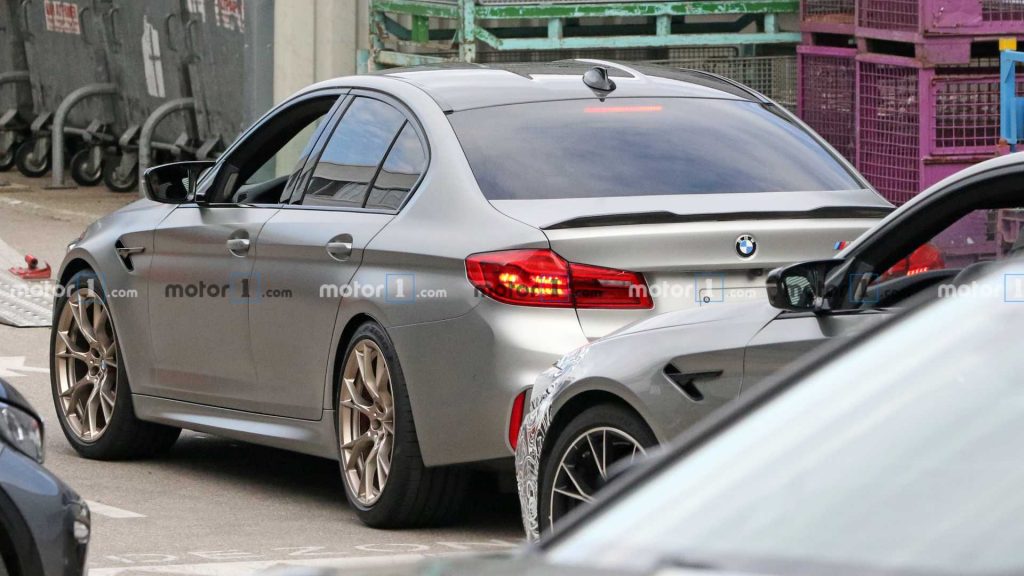 Last month we made mention that BMW may be working on a new V8 destined to go into the unconfirmed M5 CS. It seems spy photographers have caught a prototype out in the wild sporting the correct badging, the rear spoiler found on CS models as well as the distinctive wheels but something is not adding up.

BMW is preparing to launch what is believed to be a facelift variant of the 5 Series range which includes the mighty M5. What is strange however is that the photographs of the new M5 CS show that it is based on the current M5 model and not the refreshed model to be launched. This then could indicate that the refreshed M5 may still be about a year away before production begins on it. This then gives the M5 CS an opportunity to take all the limelight for the time being until the refreshed model is launched.

Should the M5 CS be any similar to its CS siblings, customers can then expect to get a power bump and the aero as mentioned above. There will also be extensive use of carbon fibre to shed weight and improve overall performance.

It is not certain when the M5 CS will be unveiled however it will not be too far away. With BMW preparing to launch the refreshed 5 Series in 2020 followed by the refreshed M5, the M5 CS should then debut some time before then.