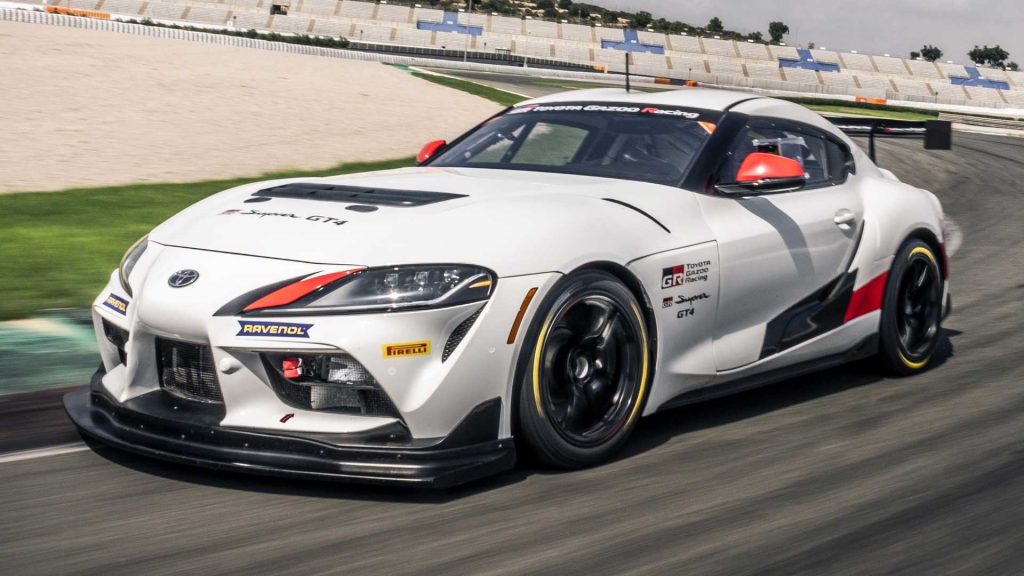 After teasing us with a concept, Toyota has officially announced that they are ready to go racing with the new GR Supra GT4.

GT4 cars stick close to their road-legal counterparts but the 3.0-litre turbocharged inline-six has been cranked up to 429 horses (329 kW) and 650 Nm of torque. The Akrapovic exhaust system will give it a much racier tone too.

Power is sent to the rear wheels through a seven-speed automatic with a mechanical limited-slip differential.

To stop better the GR Supra GT4 gets Brembo brakes with six-piston calipers in front and four-piston stoppers at the rear while the handling is improved thanks to adjustable KW dampers.

Sales start in Europe in March 2020, North America in August, and Asia in October. Toyota only offers European pricing at the moment,  and the GT4 goes for €175,000 there.