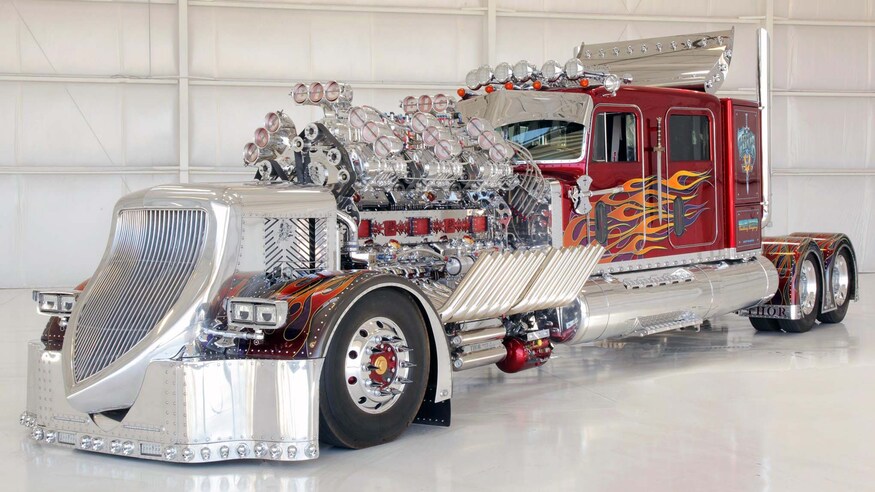 This absolute monster of a semi-truck called Thor24 has just sold for a massive $12 million at auction netting renowned SoCal land developer Mike Harrah and his partners Tim Spinks and Paul Abram a tidy profit.

This truck started out as a 1984 Peterbilt 359 Crew Cab but was then stretched to 44 feet (13 m) to accommodate the eight-wheeled chassis and the two V12 engines.

Every single cylinder gets its own fire-breathing exhaust header and the superchargers are stacked next to each other and chromed-out in spectacular fashion, with NOS bottles mounted in the middle cluster.

The interior is obviously bespoke and leather-trimmed. Plus, there’s a dial for each of the 12 superchargers and even a sword for a gear lever.

When all was said and done, the project supposedly cost a total of $7 million. Considering it just sold for $12 million, we’re going to go out on a limb and say that it was a pretty decent investment.