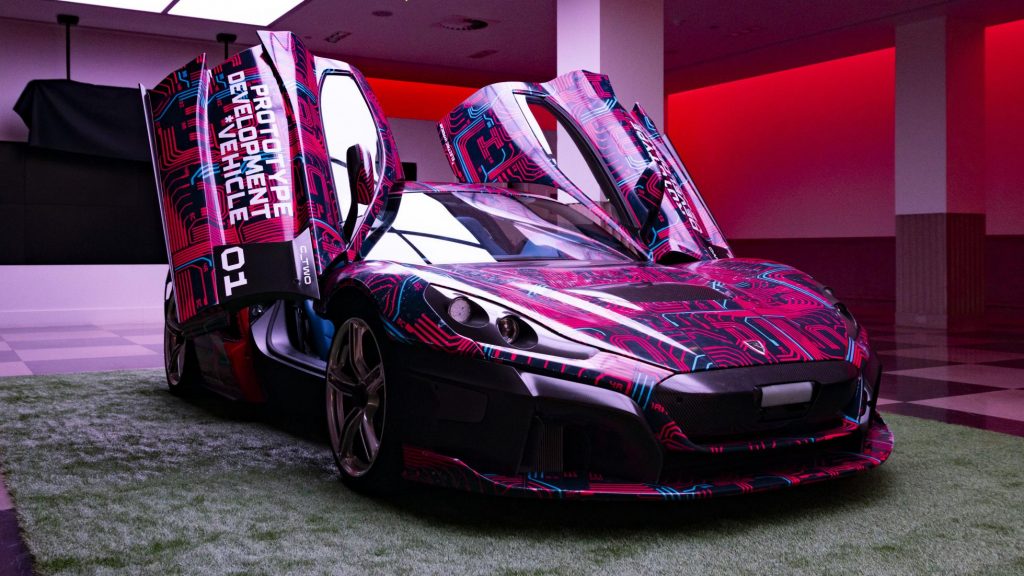 Prototypes of the Rimac C_Two hypercar are busy with testing and although the model has stayed relatively low-key in the news since its reveal about two years ago at Geneva, we should see the production form revealed next year at the Geneva Motor Show.

Rimac says that the first production version is set to be shown off at Geneva in early 2020, but they really haven’t decided on a name yet but the 600-strong organisation aims to make about 40 to 50 examples of the hypercar a year.

The performance will clearly by mind-boggling considering the four electric motors produce a combined output of 1,914 hp (1,408 kW and 2,300 Nm of torque. This is enough to sprint to 100 km/h in under 2 seconds and go on to a top speed of 412 km/h. Surely this will make it fairly beastly around a track?

Mate Rimac spoke with Top Gear recently where he admitted that they are leaving space for something a little punchier (if that is even possible). “Future variants of the car will be more track-focused,” he said, “so maybe we’ll go for the record [Nurburging]. Definitely we are thinking about this kind of stuff.”

“It’s not built to be the fastest car around there,” Mate says. “But you can have fun there. In the end, what customers like is not being one second quicker around the ‘Ring, but having fun in the car, not just on the track but – safely – on the road too.”