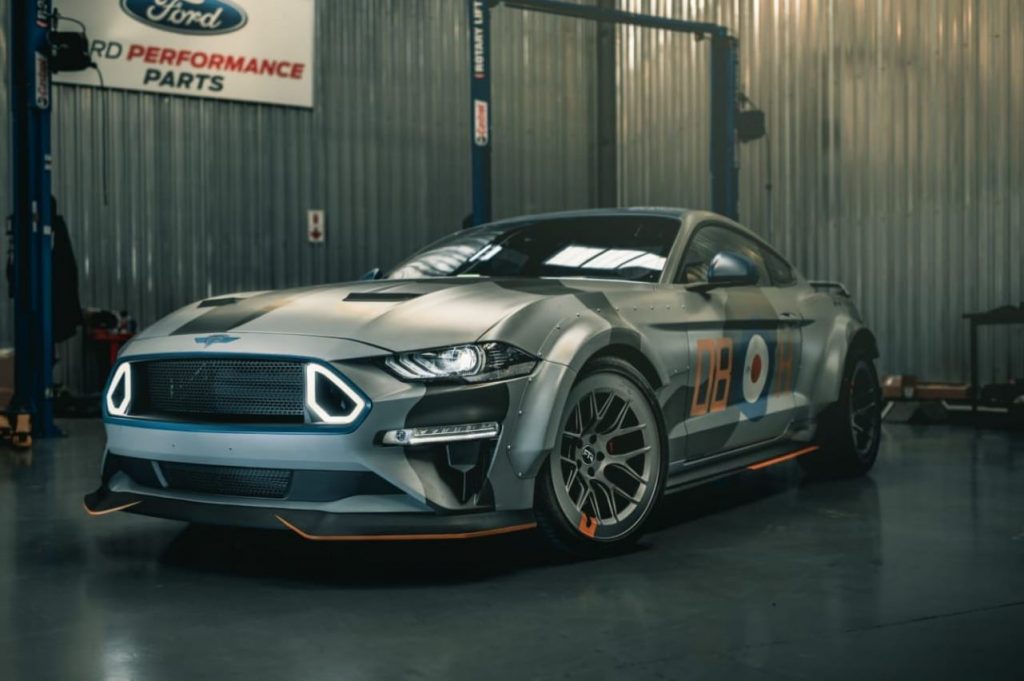 Spitfire #5518 arrived in South Africa in 1947 and served in both the Cape at Langebaan at the flight training school, and at Air Force Base Waterkloof before being decommissioned. She then served as a gate guard at Waterkloof for a number of years. In the mid 1980s, the South African Air Force Museum motivated the restoration of this iconic Spitfire to flying condition to serve as the star attraction at Air Force Air Shows and to promote the Air Force as well as aviation amongst the youth. Spitfire #5518 took to the skies in 1994 as #5553 “The Spirit of Reutech”. Unfortunately, she crashed at an air show at Swartkop in 2000 and was consigned to a container.

Performance Centre, SAAF Museum and Friends of the SAAF are collaborating in a project to advance the Restoration of Spitfire DBH #5518. Performance Centre acquired 10 licenses to convert standard 5.0L Ford Mustangs into RTR Spec 5 wide bodies. These will be limited edition, 1 of a kind, hand-painted, Airplane replica, V8 supercharged vehicles. The dash plaque is made out of an actual piece of the crashed Spitfire plane and these vehicles are registered on the RTR Registry in the States of America.

This project aims to raise R750 000.00 to rebuild the last remaining South African Air Force Spitfire #5518, in South Africa in conjunction with the roll-out of the limited vehicles. These vehicles will be serialised and built to resemble one of the aircraft flown by one of the South African Aces from the various Wars.

If you would like to buy one of these vehicles, visit http://warriorsofthesky.co.za/ and then get in touch with Performance Centre to get the ball rolling.