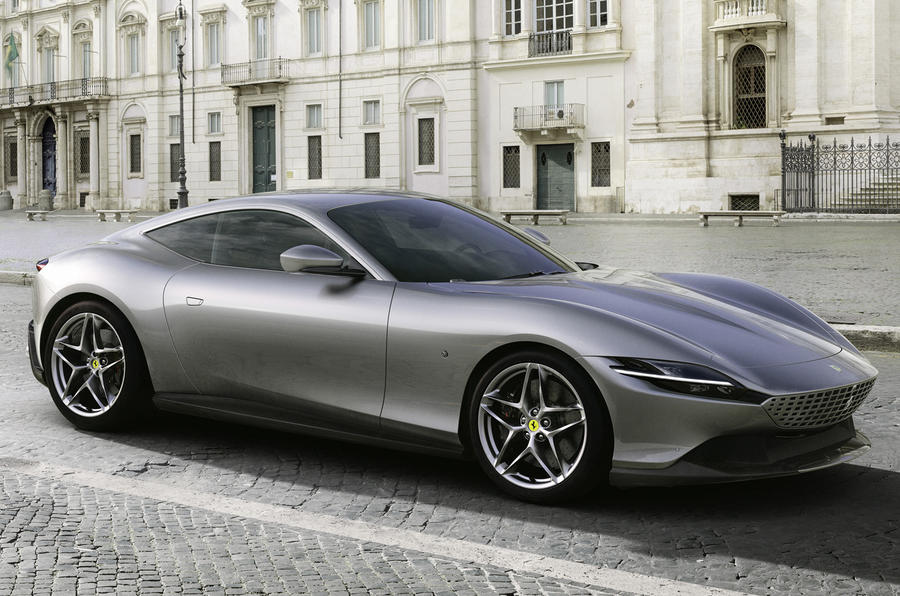 Ferrari has revealed a new mid-front-engined coupé called the Roma which as expected it effectively a fixed-roof version of the Portofino with substantially reworked styling.

They describe it as a “2+” coupé featuring “refined proportions and timeless design”, with the Italian firm also promising “unparalleled performance and handling.” The Roma gains a bold grille at the end of its elongated front, and sharp lines over the bold wheel arches. There’s no confirmation of rear seats yet, although the ‘2+’ designation and a headrest silhouette in one of the photos do suggest their presence.

Under the hood sits a reworked version of the 3.9-litre turbocharged V8 as found in the Portofino but it is connected to the eight-speed DCT gearbox that was introduced on the SF90 Stradale.

On the inside, Ferrari’s designers use a high center console that separates the passenger and driver. The driver looks a large, digital instrument cluster, and there’s a portrait-layout infotainment screen next to it. The passenger even has a separate screen to watch in front of them.

The decision to introduce a new nameplate, rather than just producing a hard-top version of the Portofino, has likely been taken to target the car at a new audience. By turning the car into a “2+” coupé, it can likely broaden its offering at the entry-level of its range.