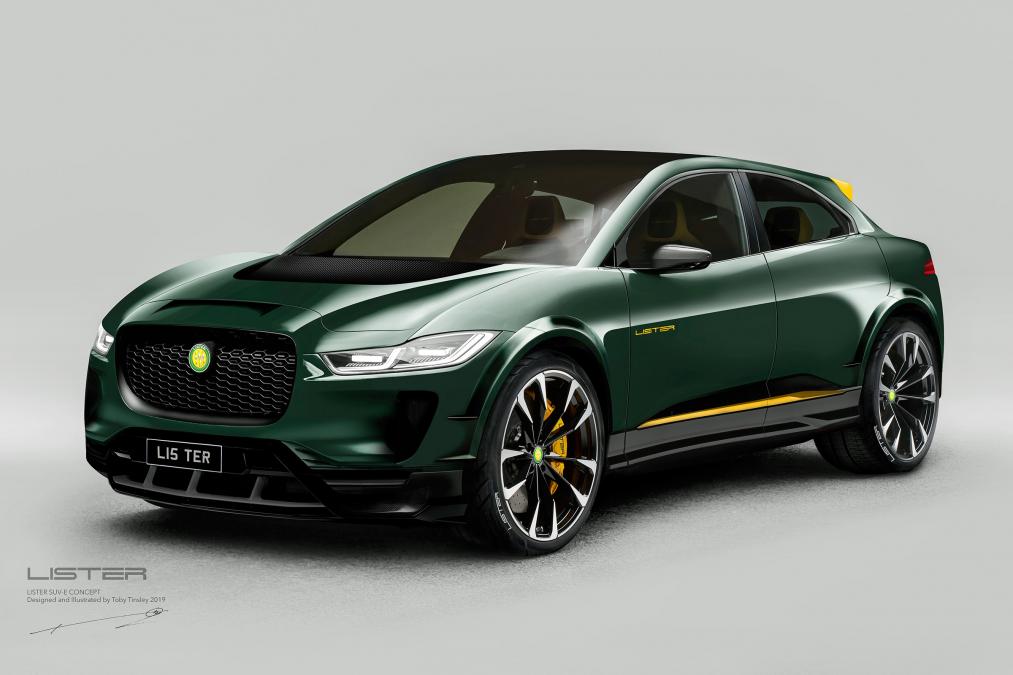 Lister continues its own take on performance Jaguar’s but this time its the brand first production EV, the I-Pace.

As the title suggests, it is called the SUV-E Concept and the company will commit to producing a limited production run pending interest from customers and pre-order numbers.

The Jaguar I-Pace has received Lister’s touch both inside and out but the exterior is where we see an aggressive new body kit to go with its traditional British Racing Green paint job and trademark yellow Lister highlights.

Carbon fibre is the order of the day as the entire front bumper is made from the stuff as well as the front splitter, bonnet, rear bumper, rear spoiler and new rear splitter. Weight-saving measures like this mean the SUV-E Concept is 100 kg lighter than the car it is based on.

Lister has not listed (pun intended) any mechanical changes to the I-Pace’s standard electric drivetrain, which sends power to all four wheels through two electric motors, supplied by a 90kWh battery pack.