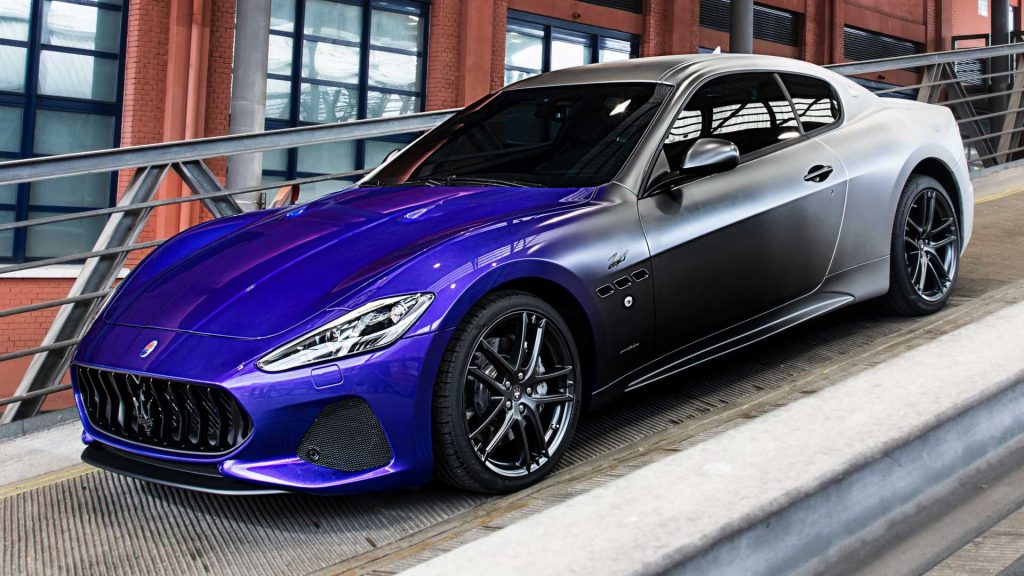 The Maserati GranCabrio debuted all the way back at the 2007 Geneva Motor Show while the GranCabrio joined the lineup two years later at the Frankfurt Motor Show.

Fast forward to 2019 and the production of this model has come to an end.

To commemorate the end of production, the company created the one-off GranTurismo Zéda that covers the body in a tri-colour mix of blue, black, and white. The paint transitions between shades in a subtle gradient.

The reason for this rather radical paint job is an expression of the company’s transition into a new era. The finishes of the shades also evolve by going from a satin effect at the back to a high-gloss sheen at the front that the automaker calls a “metallurgic” effect.

So where to for Maserati from here? The first new model we will see will be next year when a heavily updated Ghibli is revealed with the brand’s first hybrid-electric powertrain after which we should see some form of the Alfieri with an all-electric powertrain variant. The next-gen GranTurismo is set to arrive in 2021 with the drop-top GranCabrio following it in 2022.

Maserati reports total sales of 28,805 units of the coupe and 11,715 examples of the convertible since they hit the market.