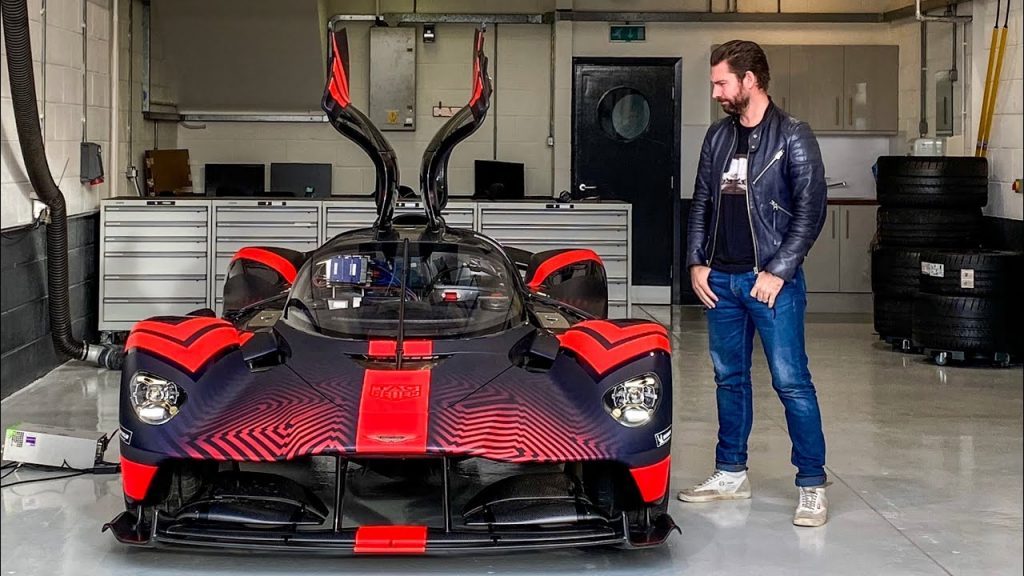 The Aston Martin Valkyrie is a car that will likely change the game in terms of outright performance on and off the track and now thanks to YouTuber Mr JWW, we get exclusive footage of the crazy hypercar and some new details that we had previously not known.

Without the additional track pack, the Valkyrie has the same performance as LMP2 cars so just imagine how radical it would be with the additional package.

Fraser Dunn, Chief engineer of Aston Martin Special Projects reveals that the exhaust gas temperature at the tips is around 950 degrees Centigrade, while the underside of the rear wing can heat up to 250 degrees Centigrade. To stop all the carbon fibre from melting, Aston uses a secret material that wraps around these parts. In fact, the car will come with a special number plate that doesn’t melt in the searing heat.