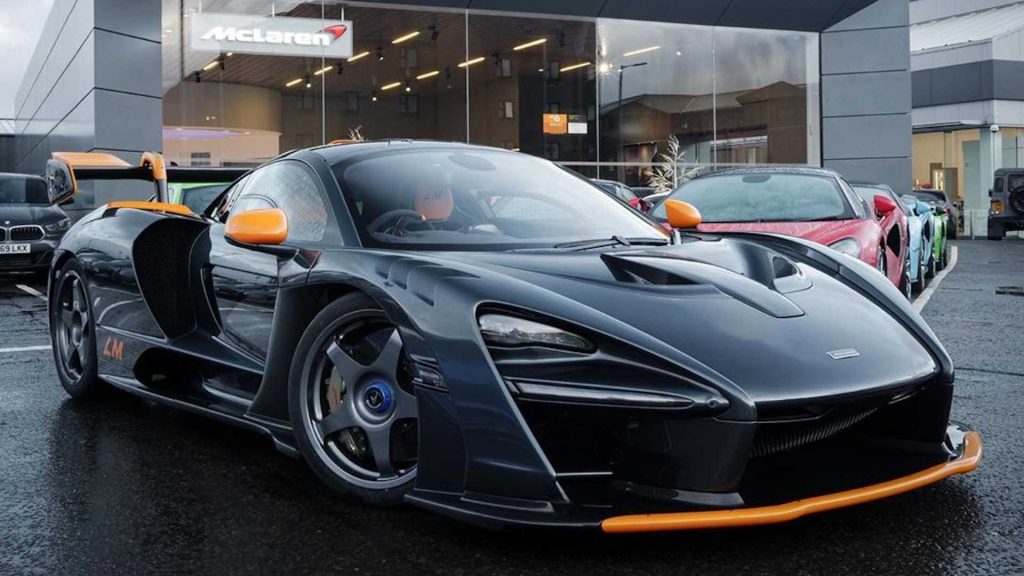 We thought McLaren were finished with the Senna when they unveiled the limited run of GTR’s but now we are due to see three Can-Am variants as well as 20 units of this, the Senna LM.

McLaren Glasgow in the UK has taken delivery of what seems to be the first Senna LM in the world and looks more aggressive than its standard counterpart. You should notice changes like cooling holes on the fender and a different set of wheels as well as LM badges all over the supercar.

Sources say that it will have Senna GTR performance which probably means the 4.0-litre twin-turbo V8 will produce the same 814 hp (607 kW).

It is quite odd that McLaren has not said anything about these creations so we will only be able to confirm the truth when the British automaker releases official details about the road-going version of the Senna GTR, which could be very soon.