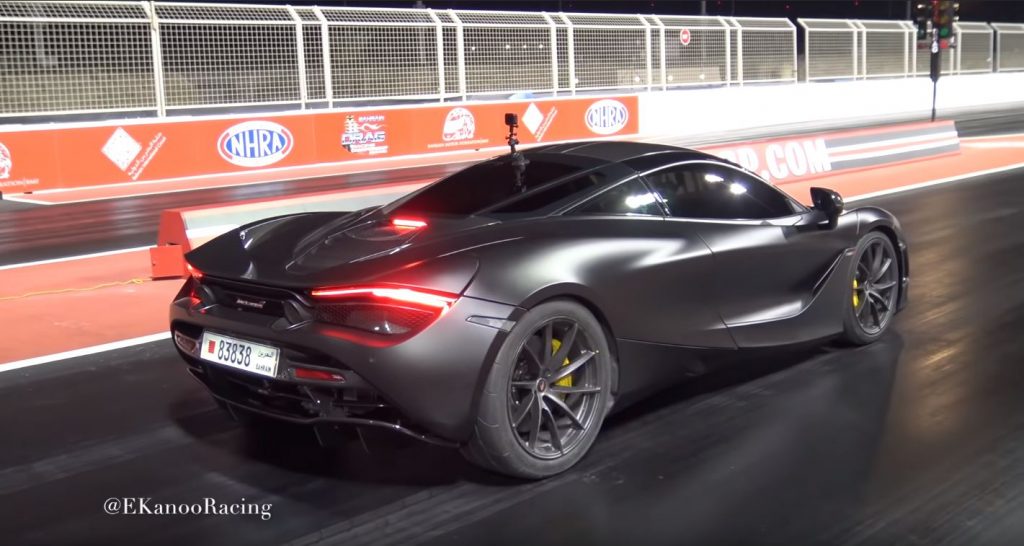 The McLaren 720S is able to smash the quarter-mile sprint in 9.9 seconds from the factory which is as fast as a Bugatti Chiron over the same distance.

The tuning team known as Ekanoo Racing recently shared a video of their menacing matte black 720S setting a quarter-mile time of 8.85 seconds which apparently makes it the fastest 720S in the world.

They claim to use the turbos from the factory but have tinkers here and there until the car produces 962 whp (1,159 hp; 864 kW). They executed a race tune, then added its own performance downpipes and BMC high-performance air filters, and filled her up with MS109 gasoline. This is highly oxygenated fuel that produces more power than any other unleaded fuel, included premium unleaded.

EKanoo Racing’s modifications place the 720S beyond not only supercars but also many hypercars, including the mighty P1.