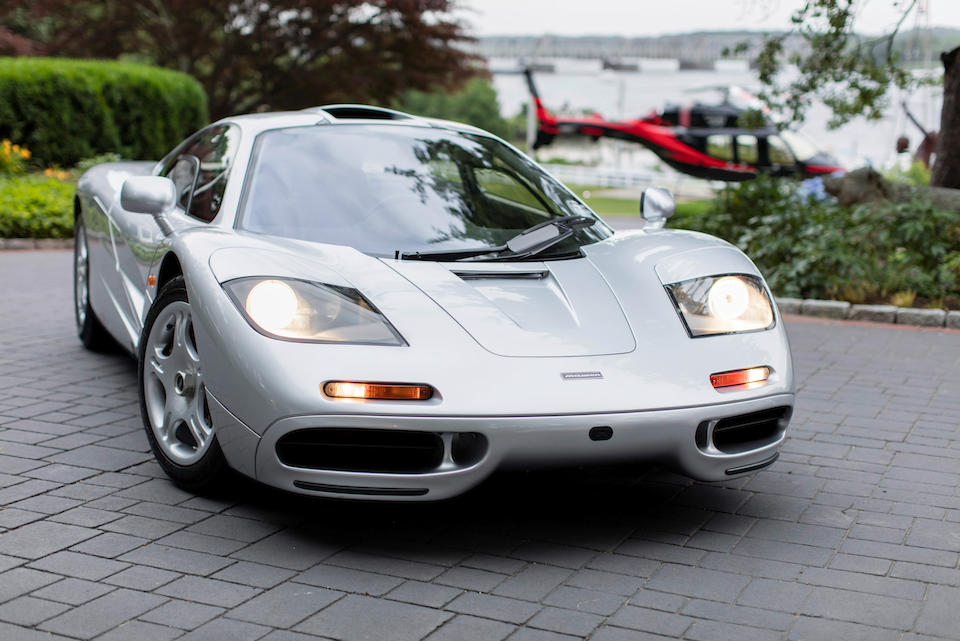 The McLaren F1 is one of the most desirable cars in the world so they are changing hands publicly and privately for astronomical amounts.

The winning bid went to a man “with a very long history connected to the F1”. He was bidding for someone else at the time and no one knew who the lucky new owner was.

McLaren F1 fanatic and guru @peloton25 discovered that the buyer was none other than Lewis Hamilton who was just captured cruising in his collector’s item in Beverly Hills (see video below). Obviously, it was no coincidence that Lewis forked out all that cash for chassis #044 as that is his race number too. The fact that it had done less than 10,000 miles and was a single-owner car all added to the high price fetched.

It used to belong to a Herb Chambers who purchased the car from McLaren while on a visit to the factory in 1996. Chambers’ 044 model was the 37th F1 off the assembly line and the first McLaren F1 imported to the United States, according to Bonhams. Equipped with a 627 horsepower V12 engine, the car was designed to reach a top speed of 243 mph, making it the fastest road-legal car in the U.S.

The car was converted to street legality in the U.S. shortly after its purchase but has since been converted back to its original form and remains one of just seven examples federalized for U.S. roads. There are also about two dozen more F1’s in the USA that were imported under the “Show and Display” program.