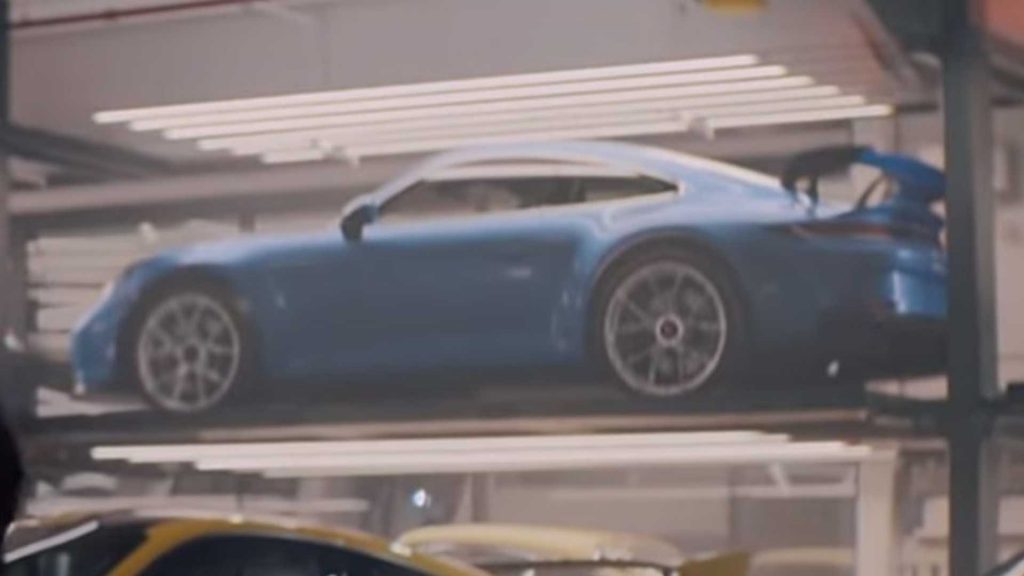 Porsche has not shown ad during the Super Bowl since 1997 but fast forward to 2020 and the brand is returning with a commercial titled “The Heist”.

The clip is loaded with Porsche’s greatest hits, young and old but there is a little teaser “hidden” in the ad.

Pause the video at the 0:44 mark and you’ll notice a blue 911 with a chunky rear wing and centre-lock wheels resting in the background at the Porsche Museum in Stuttgart. We are pretty damn sure that what we see there is the all-new 992 GT3.

Does that mean Porsche will be revealing the new GT3 during the week of the big game? We can only hope so.

According to the rumour mill, the next GT3 will be powered by an upgraded variant of the naturally aspirated 4.0-litre engine. It is believed the flat-six derived from the 991.2 Speedster will be massaged to deliver as much as 550 horsepower (410 kW).