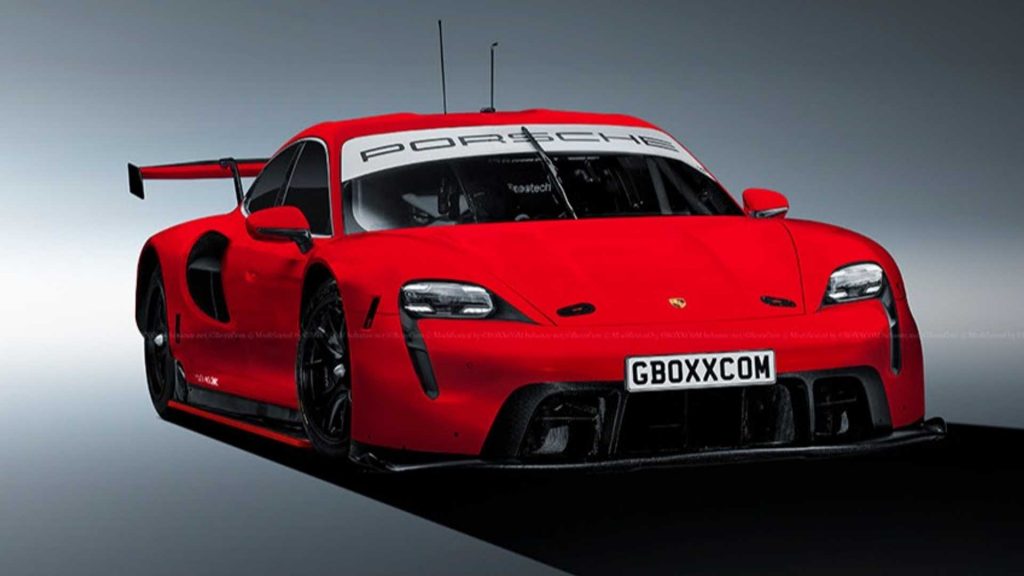 Porsche has had huge success in racing but what about their first electric vehicle, the Taycan hitting circuits around the world.

Unfortunately, nothing like that has been confirmed but thanks to rendering artist, Aksyonov Nikita, we have an idea as to how an RSR or racing version would look.

The virtual car is a perfect blend between Taycan and the 911 RSR. Upfront you see clear Taycan cues with a different front fascia and a large, central intake. There are also some exposed latches for the hood and a single, large windshield wiper.

At the back, the rear doors have been deleted and replaced with some prominent inlets in the fenders. A massive wing and diffuser show serious racing intent.

If Porsche actually wanted to race a vehicle like this, then the best bet currently would be the ETCR series for electric touring cars. It’s for four- or five-door production-based vehicles, so the Taycan is perfect.