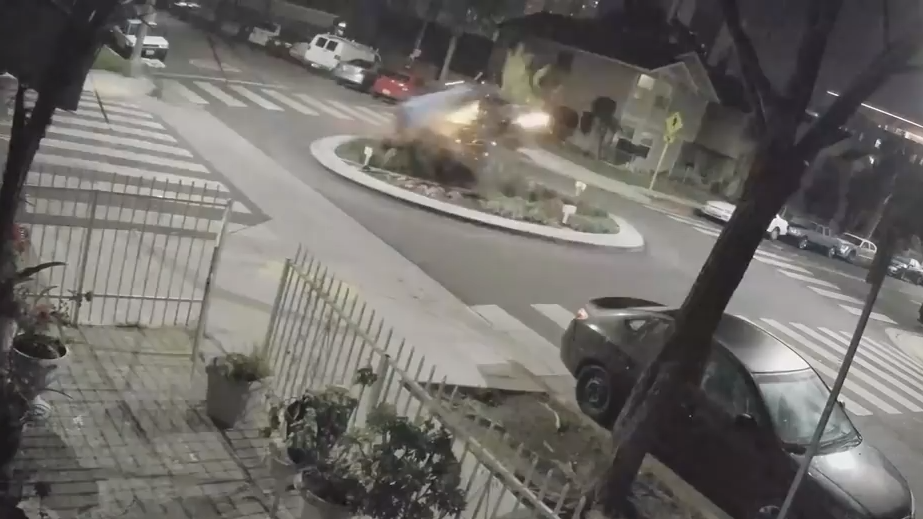 A suspected DUI driver in California flew 15-feet into the air in a blue BMW M4 early on Thursday morning when she hit a boulder in the traffic circle.

CCTV cameras mounted on a nearby home recorded the dramatic crash as it happened.

As you will see the M4 comes into the intersection with way too much speed slamming into the traffic circle (and boulder) and being hurtled into the air with some serious force. The force was so strong that it sent the 150 kg boulder bouncing down the street.

CBS Los Angeles reports that the women was not hurt in the crash but was arrested under a suspicion of driving under the influence.