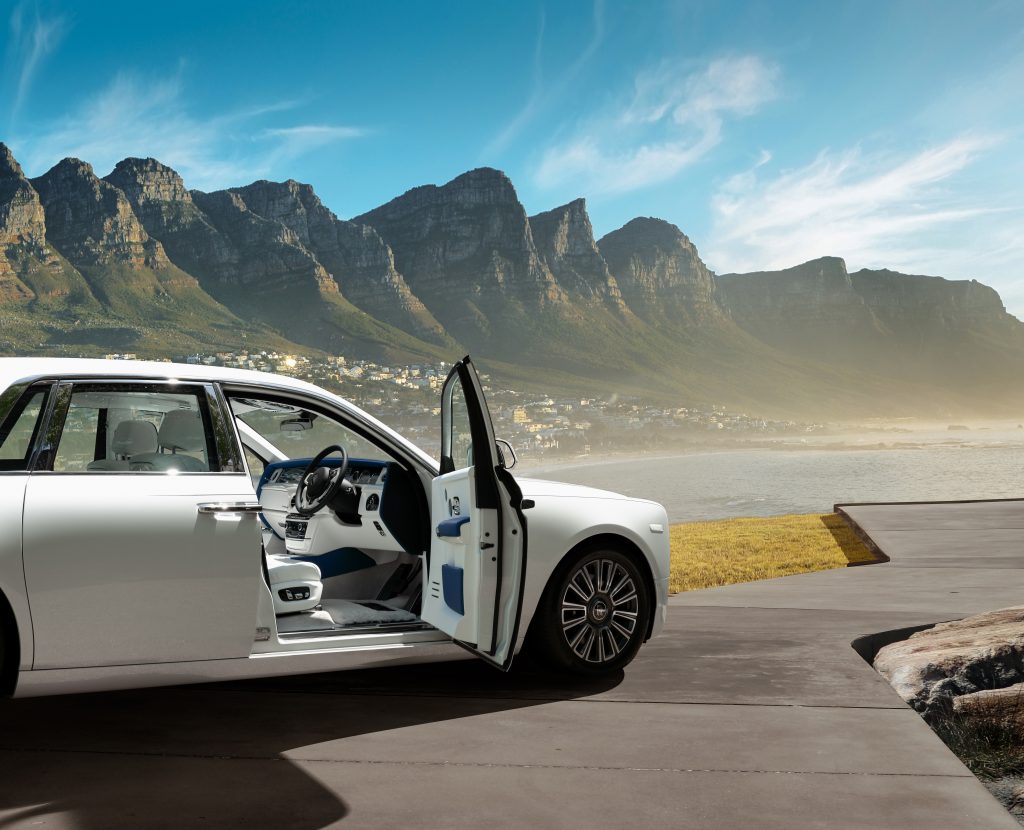 Dr Esther Mahlangu was a disruptor and visionary from an early age where she became the first person to reimagine Ndebele design on contemporary mediums. She has painted anything from planes, cars, motorbikes and bicycles to skateboard decks, war helmets, canvas and walls in her illustrious career that spans 3 decades.

At 84 years of age, Dr Esther Mahlangu achieves another impressive milestone by becoming the first South African to be commissioned to paint an artwork for a Rolls-Royce Phantom.

Each Phantom is designed with a ‘Gallery’, a glass box inserted into the dashboard, which allows the owner to personalise their vehicle. The ‘Mahlangu’ was be unveiled to the media and a VIP crowd on the 12th of February 2020 at The Melrose Gallery Cape Town and can be viewed from 13th to 16th February at the One&Only Cape Town.

The exterior has been finished in Andalusian White which allows the artwork to catch the eye immediately. Inside you will find Arctic white leather with Cobalto Blue accents and Piano White wood.

Photoshoot of the Gallery painting