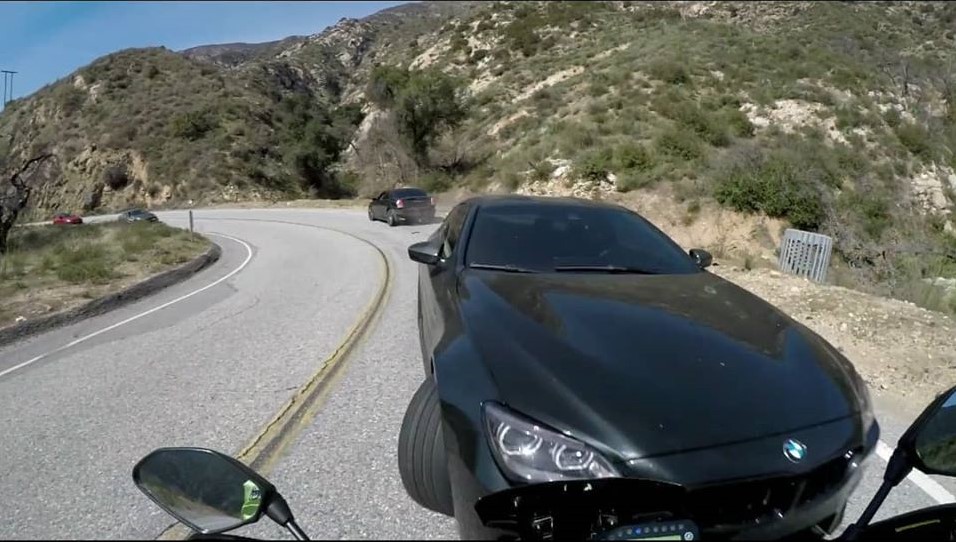 Warning: The videos below might be disturbing to some viewers

According to a Facebook post by Kyle Peterson, the incident happened on Saturday last week and the videos posted on social media are quite frightening to watch.

Judging by the footage, the BMW M6 driver completely misjudged his approach to a bend resulting in the car running wide into the oncoming lane. The speed the driver was carrying might have played a role in that equation too, as the car appeared to be experiencing understeer.

The M6 ran wide, clipping another car and then smashing straight into the motorcyclist sending the rider flying.

Miraculously, the rider survived the impact and escaped with a broken wrist and fractures in his legs (he even uploaded a photo himself).