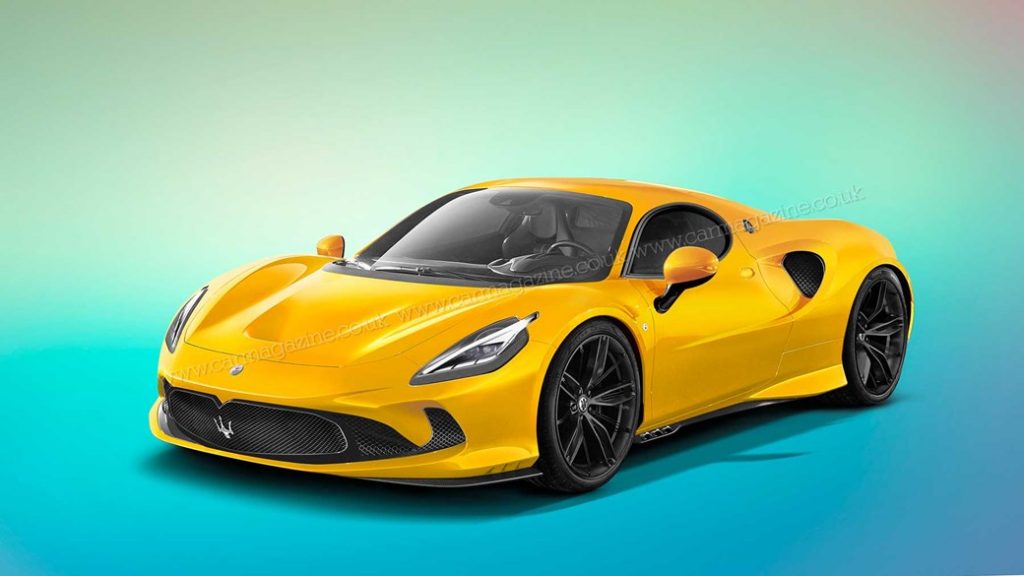 Maserati is making a comeback and it all starts with a brand new supercar that goes by the name of Supersportiva.

Set to be revealed in May this year, it will join the Trident lineup to take aim at the “junior” supercars from the likes of McLaren, Ferrari and Aston Martin. It will be powered by a mid-mounted V6 initially, with hybrid and fully electric versions to follow.

According to CarMagazine, it will be based on a carbon fibre tub similar to that of the recently discontinued Alfa Romeo 4C sports car and will likely be built on the same line as that Alfa.

The new package can accommodate a more senior V6 engine mounted longitudinally amidships, and the suspension will be by double wishbones front and rear.

The publication claims their sources confirm a V6 powerplant but it is not yet known which engine from the group will be used. The 2.9-litre twin-turbo V6 from the Quadrifoglio is an option but apparently not favoured.

“Displacement costs only pennies, but pays back big bucks in power and torque,” said an FCA engineer when asked if there’s truth in the rumour Maserati is aiming for a capacity of 3.6-litres instead of the 3.0 from the aforementioned unit.

Back in November, they released the first teaser for this new mid-engined car claiming to feature an entirely in-house developed engine and that it “will be the forefather of a new family of engines integrated exclusively on the vehicles of the brand”