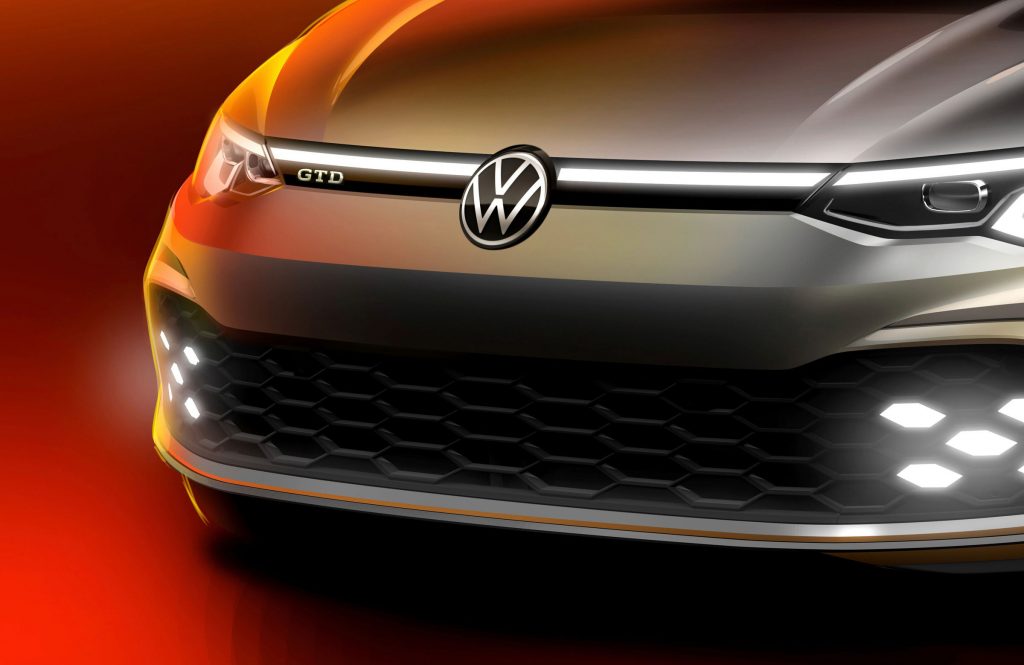 Volkswagen has decided to give us our first teaser look at the new Golf GTD which will be revealed at the 2020 Geneva Motor Show.

Believe it or not, the first Golf GTD was presented in 1982 but now nearly four decades later, we see the 2021 version which is not only the “cleanest turbo diesel injection (TDI) engine ever to be installed in a Golf” but also “one of the cleanest combustion engines in the world.”

Thanks to a new twin dosing SCR with double AdBlue® injection, NOx emissions will be greatly reduced as compared to its predecessor.

They did not share anything about the power output of the 2.0-litre TDI but if the leaked image we shared last month is indeed accurate, then it will get a healthy 197 hp (147 kW).

Everything will be confirmed come March when this will be revealed along the highly-anticipated Golf GTI.