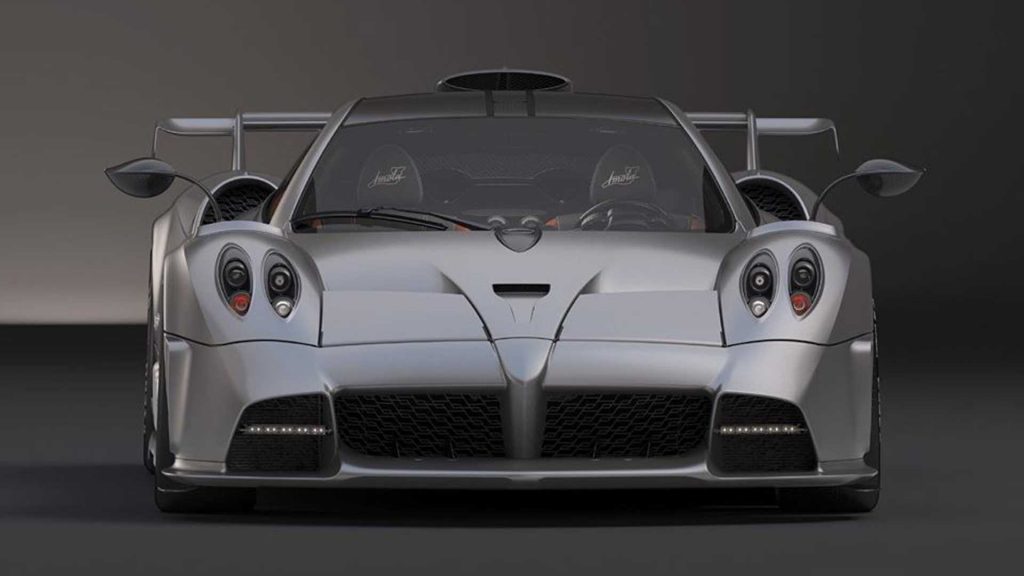 Around September last year, we got our first glimpse of a new Pagani Huayra model but not much was known other than the name Imola.

It is currently the most hardcore Huayra build and since just five will be built, getting your hands on one will be pretty much impossible. They are all spoken for but you may get lucky when an owner decides to sell.

Under that ridiculously menacing bodywork sits the familiar twin-turbo 6.0-litre V12 engine developed by Mercedes-AMG specifically for Pagani which pushes out 827 hp (616 kW) and 1,100 Nm of torque. For interest’s sake, that makes it 36 hp (27 kW) and 50 Nm more powerful than the configuration used for the Huayra BC Roadster.

With the uprated engine, you get some pretty angry aero changes too like the radical rear wing, a furious looking diffuser and the sexy roof scoop taking inspiration from the Zonda.

There is no official price on the Huayra Imola but the Huayra BC Roadster was priced from $3.5 million and since this is more powerful and a lot more exclusive (40 BC Roadsters were made) it could carry a slightly higher tag.

The best news is that one of these bonkers beasts will be making its way to South Africa this year.