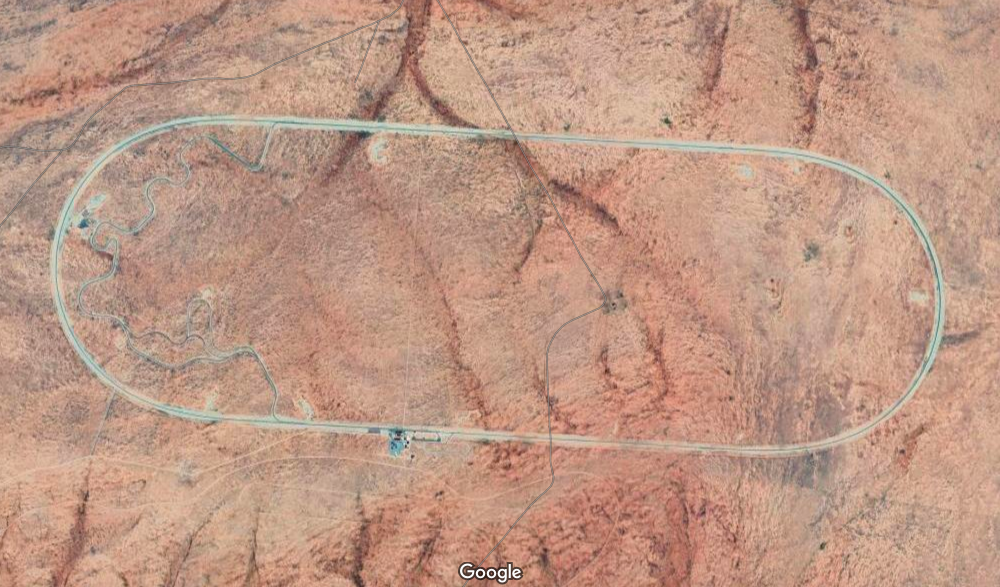 UPDATE: A reader sent us a link showing that this area is actually a Daimler Proving Ground and not a Volkswagen Group test track as first reported. See the information here.

When the bunch of Bugatti‘s arrived at OR Tambo last week, it got us thinking about where these brutes are tested in South Africa.

A quick Google search and an article on DriveTribe written last year seem to give us a fairly clear answer where the Volkswagen Group conducts its hot weather and high-speed testing in SA.

The track has two, 4.5 km (2.8 mile) straights and two seemingly flat (non-banked) corners (see above). This is a pretty perfect place to test the cars to their absolute limits with searing-hot temperatures and a lot of dust.

There are also some buildings (see below) which likely includes some accommodation for the team of engineers and employees while testing.

According to rumours, this is where the Bugatti Veyron was spotted way back before they even went on sale (see shots at bottom of post). As a reminder, the VW Group consists of twelve brands from seven European countries: Volkswagen Passenger Cars, Audi, SEAT, ŠKODA, Bentley, Bugatti, Lamborghini, Porsche, Ducati, Volkswagen Commercial Vehicles, Scania and MAN.