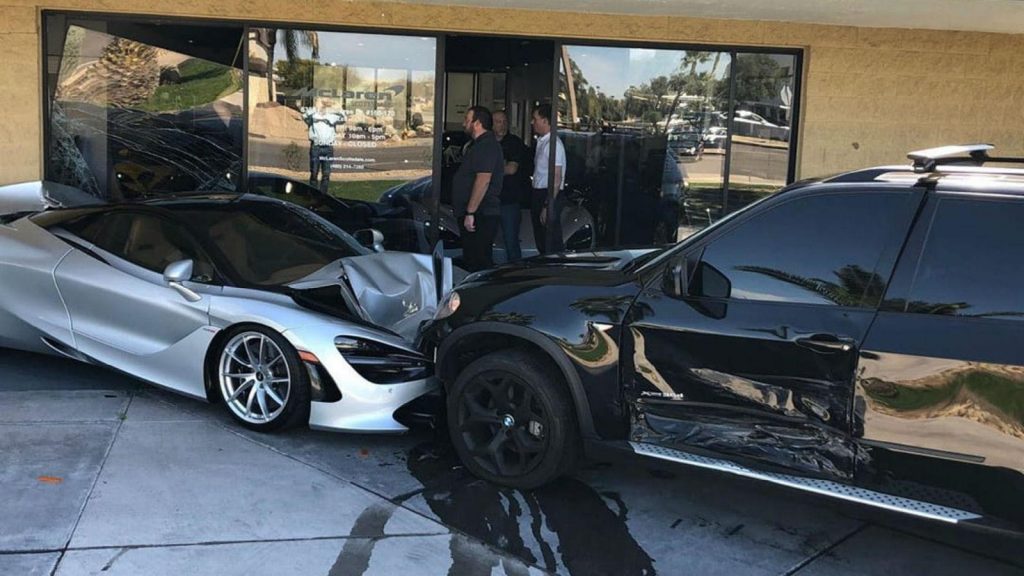 Imagine calling your insurer to lodge an accident claim for your BMW X5 and then telling them you collided with a McLaren dealership. You can bet the insurance employee will nearly fall off their chair but these things happen and it did so in Scottsdale, Arizona recently.

The driver of the black BMW X5 said he was sideswiped resulting in the SUV slamming into a McLaren dealership. An orange 720S sustained some minor damage which will be easily repairable but a silver example did not get as lucky.

As you can, the X5 slammed head-on into the 720S, pushing the rear into the wall leaving only its passenger compartment remaining intact. The sight of the McLaren’s mangled exhaust system and the hood isn’t a pretty sight at all and is most likely a write-off.

Nobody was injured which is the most important thing.