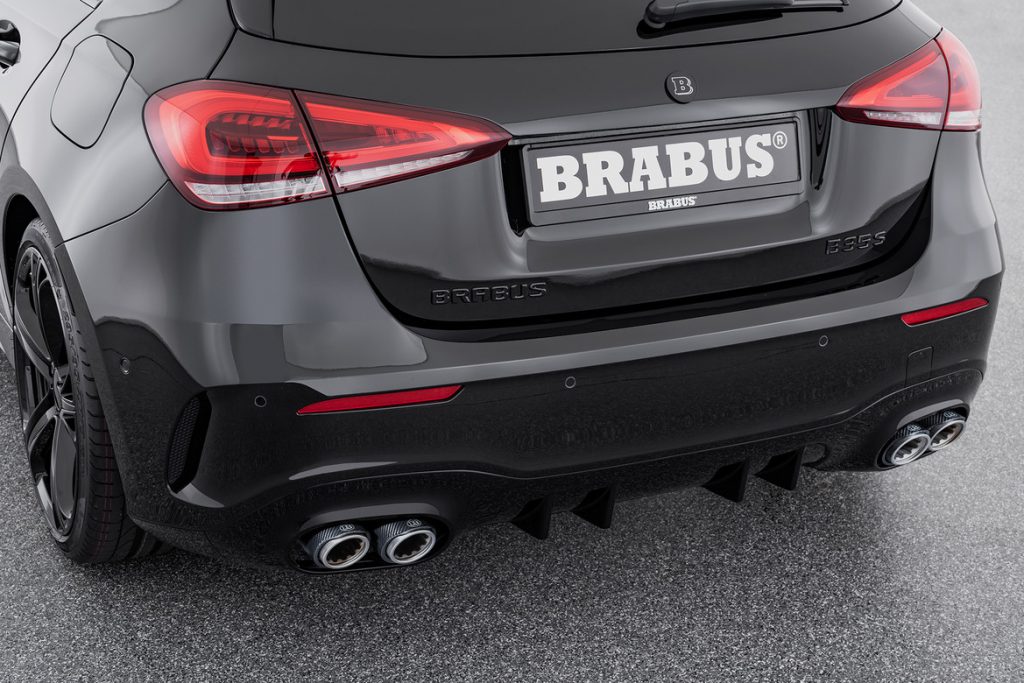 Last year we showed you what Brabus was capable of when it came to the entry-level Mercedes-AMG A35 and now they have released pricing which may change your mind.

You will need to fork out €79,500 (approx. R1,5 million) to acquire this hot hatch (yes that includes the base car) and at that cost, you expect to be at the top of the power game but you would be wrong as the A 45 S packs more. If that price does not seem all too outrageous, remember that does not include local import duties and taxes in South Africa. Base price for the A35 in South Africa sits at R755,198 so the kit costs just as much as the car.

In addition to the engine upgrades, Brabus have also added some extra exterior as well as interior touches. A new two-piece front spoiler, as well as a new rear wing, that can be seen. Also noticeable are the four new monoblock T Brabus wheels with inlays in carbon design. The interior remains largely unchanged, with some added aluminium Brabus paddle shifters.