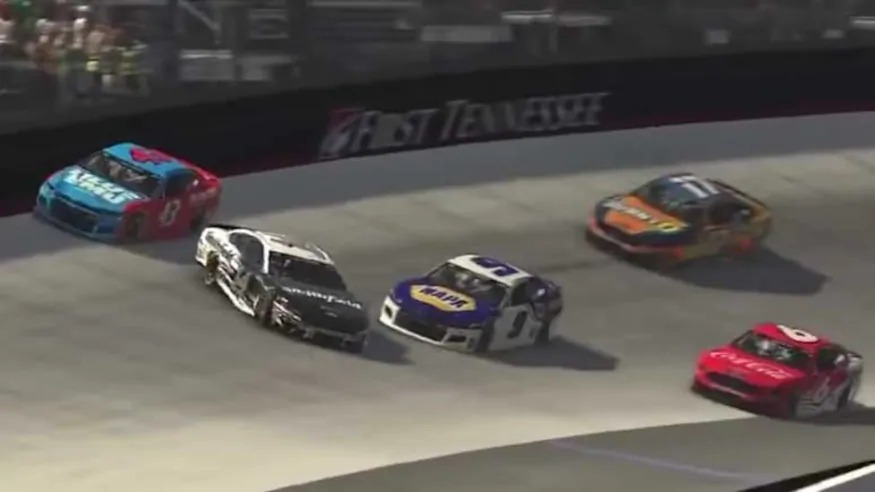 Sports around the world is at a standstill and that includes all forms of motor racing so fans and drivers are resorting to the next best thing; virtual racing.

iRacing is a very popular platform with professionals, amateur drivers and recently some NASCAR drivers pedalling from the comfort of their own rigs.

After sparring with Clint Bowyer around a digitized Bristol circuit, Bubba Wallace (who in real life drives the No. 43 Richard Petty Motorsports Camaro) tried taking a high line up near the wall just as Bowyer’s car was moving for essentially the same position. The drivers’ digital rides clipped, sending Wallace’s lightly into the wall. Bowyer’s car spins, resulting in an impact with another car that then sends Bowyer back into Wallace’s ride, harder, and crashing him out.

Bubba was having none of it and yelled “C’mon, Clint! God!” he calmed down and said, “Y’all have a good one” and began packing up his rig.

We have all been there and lost our tempers playing games so it is not that hard to believe but one of his sponsors decided they don’t like quitters and stripped his sponsorship then and there on Twitter.

Just to explain how realistic the NASCAR is you need to know that the crew chiefs are in their drivers’ ears as well as Jeff Gordon and Mike Joy on the headsets calling the races.