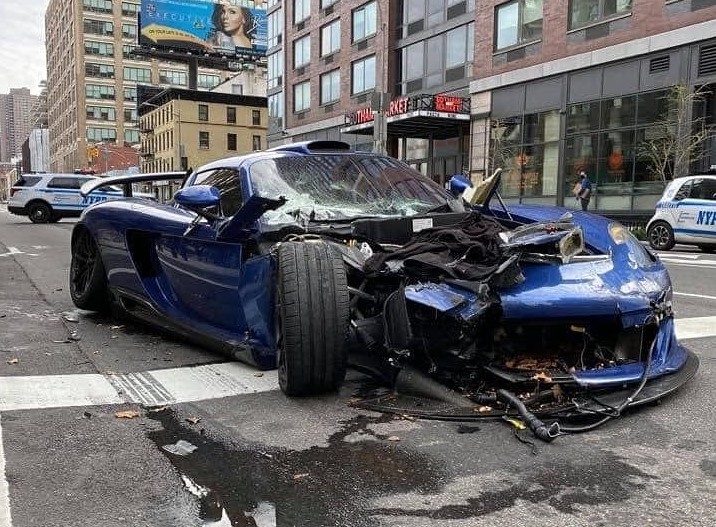 UPDATE: We received two more videos and a photo indicating that the car was in fact not stolen and that the owner was behind the wheel during the incident. We do not know any other details but will update you if we do.

A video surfaced on social media showing a badly damaged blue Gemballa Mirage GT. Then the individual behind the wheel of the rare and expensive supercar carries on attempting to drive the thing down a street in New York but clearly does not get very far.

According to Autogespot and multiple sources on Instagram, this Mirage GT was stolen this morning. Police were apparently chasing the individual when they slammed into the back of another car causing significant damage to both vehicles.

The Mirage GT is in no state to carry on driving but the perpetrator behind the wheel thinks otherwise and takes off. Obviously this did not last too long as the car came to a stop a short while later and the driver was apprehended.

It is very sad to see the limited edition creation in this state and you can bet it will cost a pretty penny to repair – if it ever gets done at all.