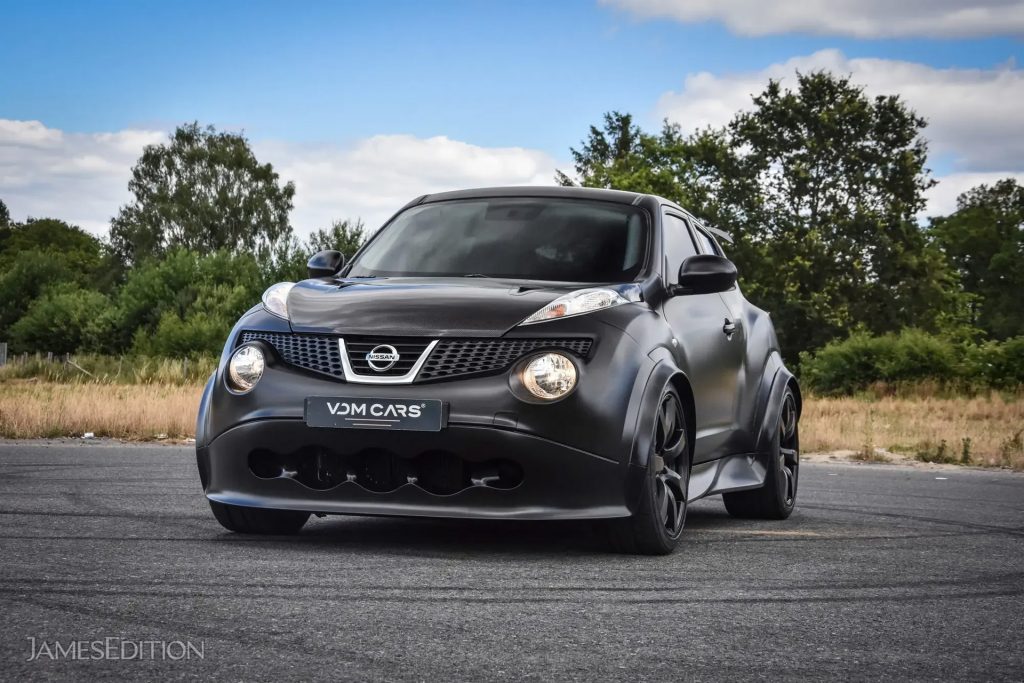 The Nissan Juke-R rolled out as a concept way back in 2011 and for some reason, it proved to be rather popular so five examples were built and sold.

This is the fifth and final example built and it is now for sale in Germany through VDM Cars of Gronau. The asking price is an eye-watering $706,883 (approx. R13 million) which means it has ‘appreciated’ by about $100k as the original price was $600,000.

According to the listing, it is brand new as it sits with 12 miles on the odometer. This suggests the car has never actually been driven at least not at a speed which is what it was intended for.

The Juke-R uses the R35-gen Nissan GT-R’s 3.8-litre twin-turbocharged V6 and sophisticated all-wheel-drive system along with an FIA-specification roll-cage. To make it more menacing, the engine has been tuned to develop 690 horses (515 kW).

There’s one last attribute making this car very special. This Juke-R is the only example that someone outside of Nissan will be able to drive since two of the five examples built were retained by Nissan while two other examples have been wrecked.