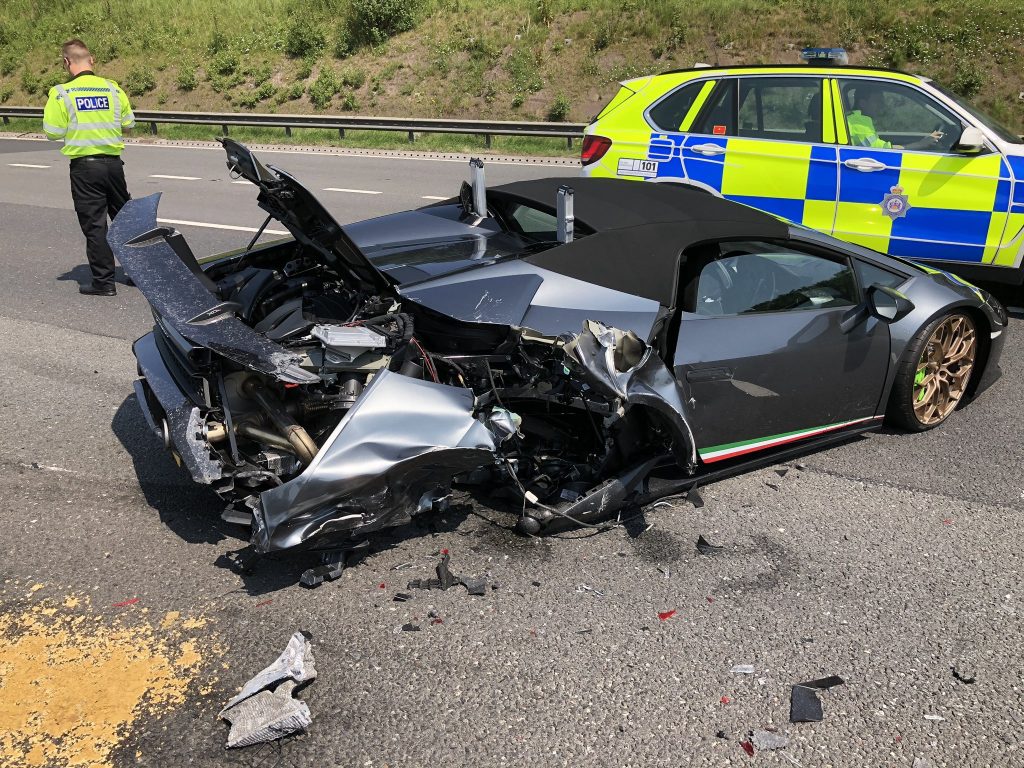 Imagine heading off to your local Lamborghini dealership to collect your stunning new supercar only to end up like this just 20 minutes after taking delivery.

The owner of this Lamborghini Huracán Performante Spyder ‘enjoyed’ their time with it for just 20 minutes before someone slammed into by a van on the M1 highway in West Yorkshire, UK.

West Yorkshire police stated on Twitter that the “20 minute old brand new Lamborghini” had “stopped due to mechanical failure in lane 3” and then “hit from behind by an innocent motorist”.

Looking at the two shots posted by the police, it seems the V10 Sant’Agata Bolognese bull is severely damaged and will not likely be easy to salvage as the damage looks terminal.

The right rear fender took the brunt of the hit resulting in the rear bumper being ripped off and detaching the right rear wheel. You can also see that the anti rollbars were activated during the crash.

We can only hope that the van that collided with the exotic machine has some solid insurance.