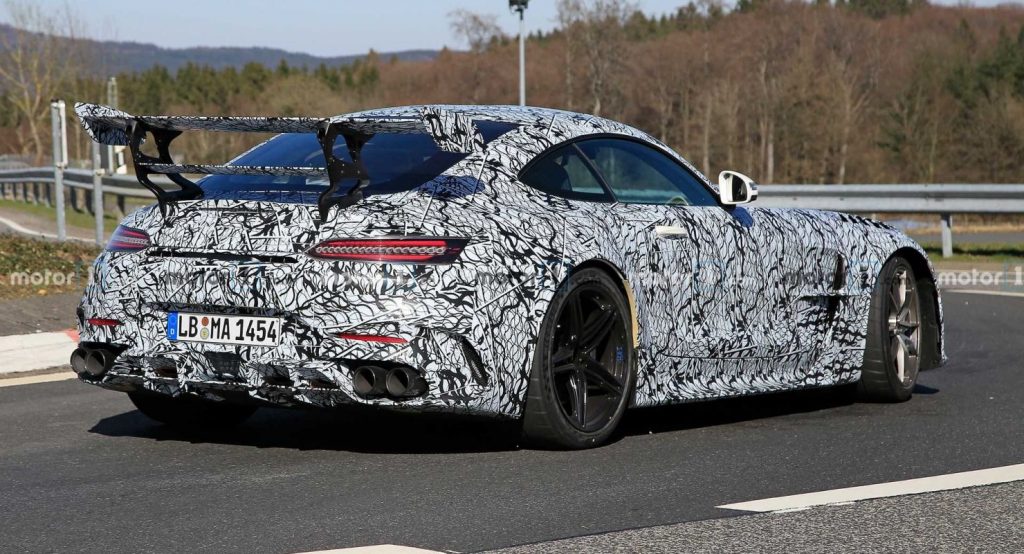 The Mercedes-AMG GT Black Series is headed to the top of the AMG GT lineup but when will we see the final thing?

While the frequency of prototype testing means an imminent debut, a new report came out saying that it will debut as early as next month.

The report came from MB Passion Blog, mentioning that the AMG GT Black Series will likely have its official debut late next month at the Chengdu Motor Show in China. Revealing at this time makes perfect sense after a previous report claimed AMG will open the GT Black Series order books in July. If all goes to plan, production will begin within the fourth quarter of this year.

At this stage, we are expecting it to pack a twin-turbo V8 but this particular engine is not related to any other of the ones used in current AMG models. While the block and heads are shared, rumour has it that Mercedes has moved away from its “hot-vee” set-up that places the turbochargers within the V of the block. This all makes sense considering Tobias Moers mentioned that the Black Series would feature an ‘all-new’ engine.

If this power output is indeed accurate, Mercedes-AMG is showing clear intentions that they are targeting the likes of the Ferrari 488 Pista and Porsche 911 GT2 RS.