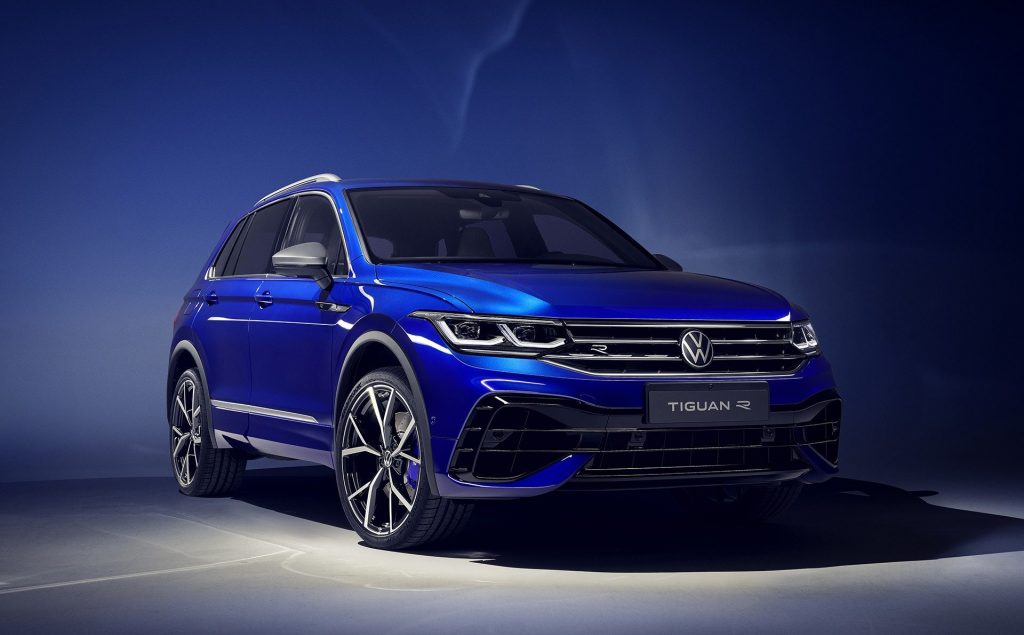 Volkswagen has refreshed the hugely popular Tiguan range which to our excitement includes the addition of a range-topping R variant.

The facelift consists of an all-new grille which flows into restyled headlights that look just like those used on the new Golf. The model also adopts a sportier front bumper with more pronounced air intakes.

At the rear the changes are a lot more subtle, but the crossover gains new taillights, restyled wheels, an updated rear bumper and the ‘Tiguan’ badge his now in the centre.

Inside you will find a new steering wheel with “illuminated touch islands and sliders.”  You will notice that these touch-sensitive controls are visible elsewhere as higher-end variants feature a high-tech climate control system.

The regular Tiguan will pack a 1.4-litre four-cylinder turbo-petrol, while middling to flagship grades will make use of the groups EA888 2.0-litre turbo-petrol four-cylinder, which powers a variety of models including the Golf GTI hot hatch.

At the top of the range you will find the Tiguan R which delivers 316 hp (235 kW) from the familiar turbocharged 2.0-litre, four-cylinder petrol engine.

Volkswagen South Africe has confirmed that the refreshed Tiguan will be arriving in the first quarter of 2021 with the Tiguan R coming at a later stage in the year.