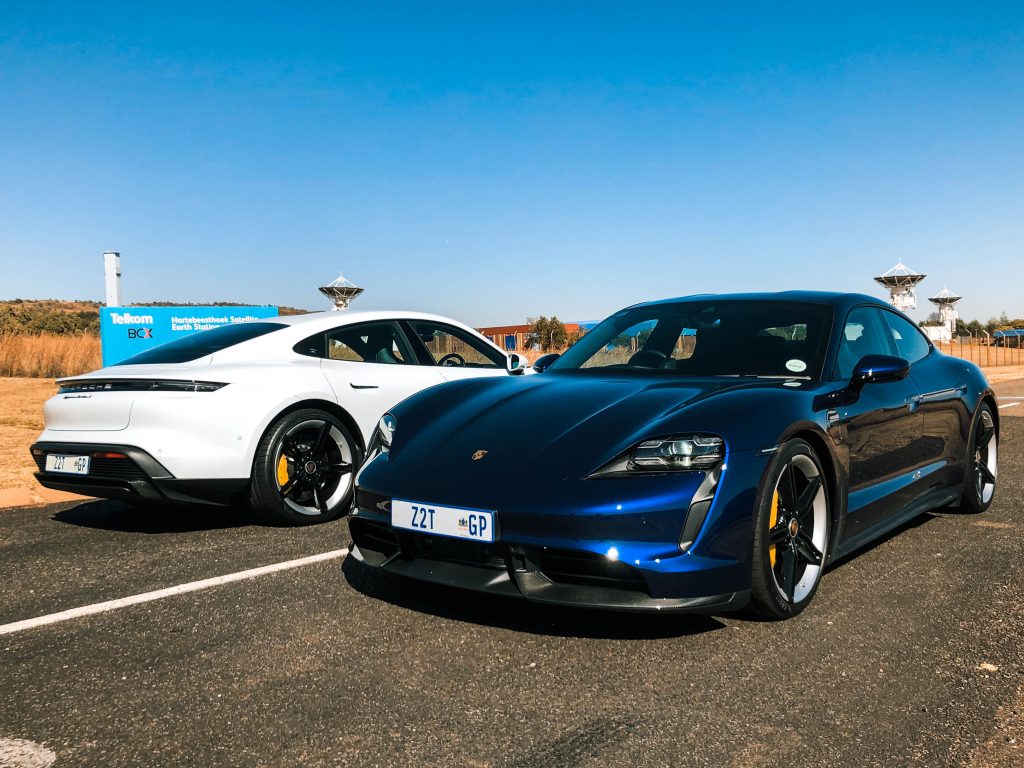 Porsche showed us the Taycan in concept form way back in 2015 when it was known as the Mission E. Fast forward to 2020 and we finally got behind the wheel of a new journey for the folks from Stuttgart.

Not many people know that this is not their first venture into electric cars because back in 1898, Ferdinand Porsche designed the Egger-Lohner C.2 Phaeton which was powered by a four-horsepower electric motor and had a top speed of just 25 km/h. Now we have the all-electric Taycan but more importantly the range-topping Turbo S variant with 180 times more power than the Egger-Lohner C.2.

So what gives the Taycan Turbo S its electrifying personality? You have a two motor package, one up front and one at the rear that can deliver up to 750 hp (560 kW) and 1,050 Nm when launch control is activated. Speaking of launch, it is easily the most brutal car we have ever launched and not only warps time but rearranges your organs too. Porsche claim that you will hit 100 km/h in 2.8 seconds but we know that is very conservative and a figure closer to 2.5 seconds is more accurate. Keep the hammer buried and you will hit 200 km/h in just 9.8 seconds.

We were blown away by how stable it is at high speeds and how comfortably it is at low speed and this is thanks to the adaptive dampers and three-chamber air springs. Depending on the drive mode selected, the damping and ride height change and as you can expect, firming up the dampers and dropping the suspension at speed not only sharpens the handling, it also helps with aerodynamics.

The four-wheel-steering plays a big part too. It has millimetre-precise response without feeling too dirty and at slow speeds, the rear wheels cut the turning circle, making it easier to manoeuvre in a cramped parking lot.

Capping things off is the rear-axle torque vectoring which dabs the inside rear brake and forces more of the drive to the outside rear wheel. This improves turn-in response on the way into a corner and then helps the rear tyres dig in and prevent unwanted wheelspin at the exit. The car we drove did not have the PDCC Sport system which is an active roll-control system but you simply do not need that. It is as flat as you could ever want it to be with pretty much non-existent body roll.

The driving manner can be tweaked in four stages. Range mode emphasizes just that, and it works superbly well but you are limited to 110 km/h. Normal mode is for everyday use, but the impact of driving range in Sport is almost negligible so that is probably the sweet spot as the car feels a lot more alive. The smile-inducer and organ-rearranging mode known as Sport Plus turns everything to a hyper mode including the impact on the range. With speed this rapid you need to make sure you can stop and since the car weighs around 2.3 tons, you need substantial stopping power. Thankfully you get some massive carbon-ceramic brakes with 10 piston calipers upfront and they do not fade no matter how hard they are worked. What we found quite interesting was that the regenerative braking (which is the primary source of braking power) is so efficient, the brake pads only need replacing once every six years.

The interior is superbly crafted as we have all come to expect from Porsche and there is just the right amount of focus on technology without being overwhelming. There is a free-standing 16.8-inch curved instrument display that can be configured any way you wish and the two-screen infotainment system can be easily operated.

So is the Taycan Turbo S a proper Porsche? It is staggeringly quick, truly dynamic to drive and rather luxurious. So that answer is a certain yes. It feels just like a Porsche and the smile on your face will last long after the Taycan Turbo S has been parked!