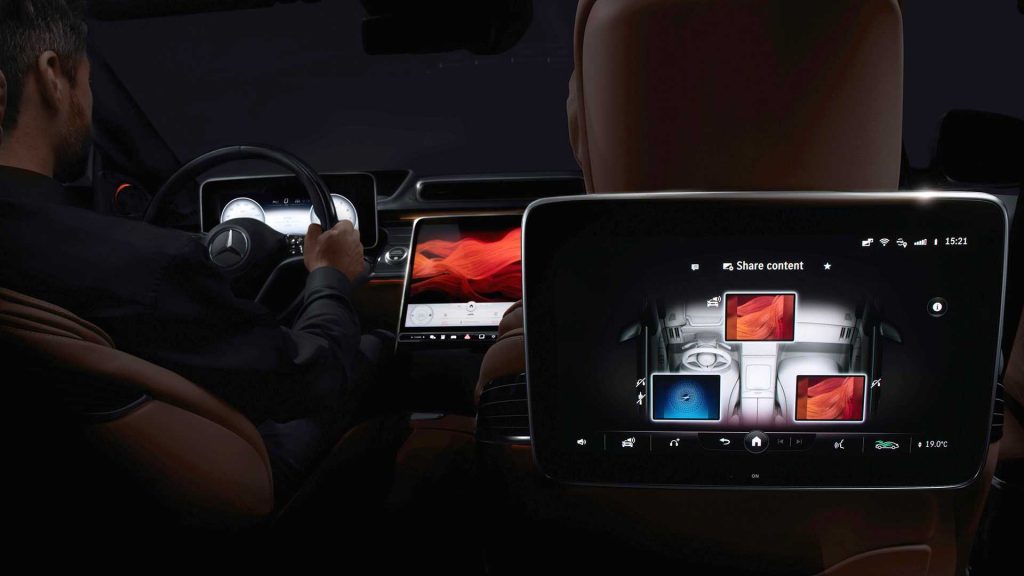 Mercedes-Benz has finally given us a decent look at the new interior of their next-generation S-Class and as expected, it is quite something.

The lights and windscreen wipers are accessible the old-fashioned way, but most of the other functions can be activated using touch, swipe, voice, or hand gestures.

You will be greeted with an overload of screens. In fact, you may see up to five displays including a fully digital instrument cluster, the XXL-sized touchscreen infotainment system, and as many as three rear displays. OLED technology will be available for crisper graphics with more natural colours while consuming 30 percent less energy than a conventional LCD.

The driver display may look very familiar but the four display styles and three modes is of the three-dimensional variety without having to wear 3D glasses.

“In this innovative auto-stereoscopic display, this [3D effect] is achieved by the sophisticated combination of a conventional LCD display with a special pixel structure and a controllable LCD aperture grille. What is known as a barrier mask is positioned a few millimetres in front of the LCD. It is so precisely adjusted to the head position of the viewer that the left and right eye see different pixels of the LCD.

This creates the desired impression of depth. A stereo camera system is integrated into the display. This is used to precisely determine the eye position of the viewer. Thanks to methods developed by Mercedes-Benz to adapt distances and a very low-latency system configuration, the driver enjoys a wide range of free movement. The image in the driver display is continuously adjusted.” says Mercedes.

This is the first episode of a three-part teaser campaign for the new S-Class ahead of its world premiere in September.