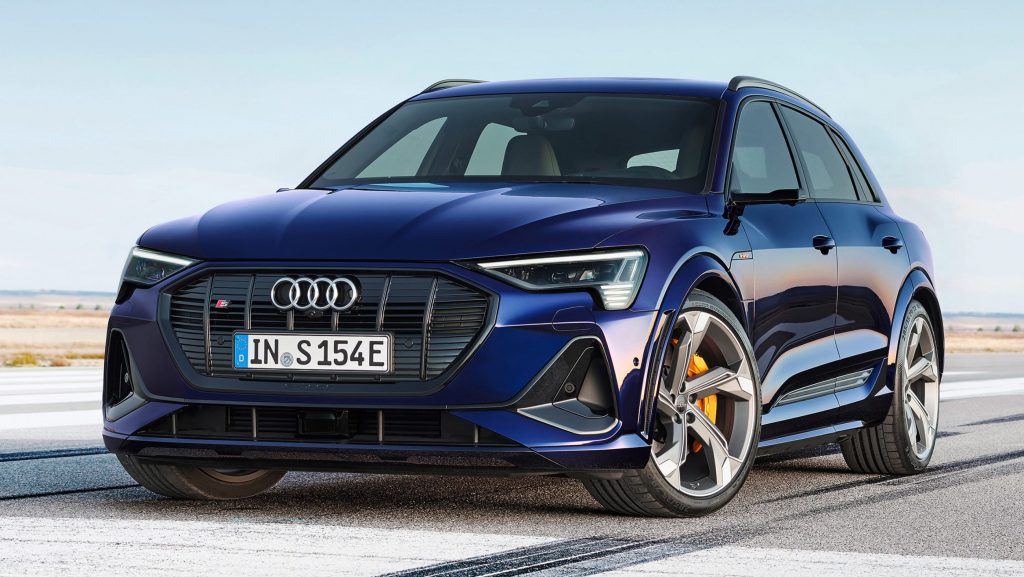 Audi has added new performance variants to their e-tron range with the introduction of the e-tron S and e-tron Sportback S.

These S derivatives receive the larger 95kWh battery and a three-motor setup compared with the standard car’s dual-motors. Two electric motors power the rear axle, with one at the front, for a total combined output of 496 hp (370 kW) and 973 Nm of torque.

These newcomers to the e-tron line-up feature extensive electric drivetrain revisions introducing more power, alongside new suspension, design changes inside and out, and additional aerodynamic tweaking.

The S models are also wider than the regular E-Trons, by almost two inches. This has allowed the engineers to fit wider wheels and tires. Drag remains low however thanks to clever flow-optimized wheel arch extensions and flaps in the front brake ducts which remain closed as much as possible to streamline airflow.

Inside, there are a number of sporty touches including bolstered seats with nappa leather trim. Owners will also find a number of “S” logos around the cabin, along with the top version of Audi’s infotainment system. A head-up display is available.