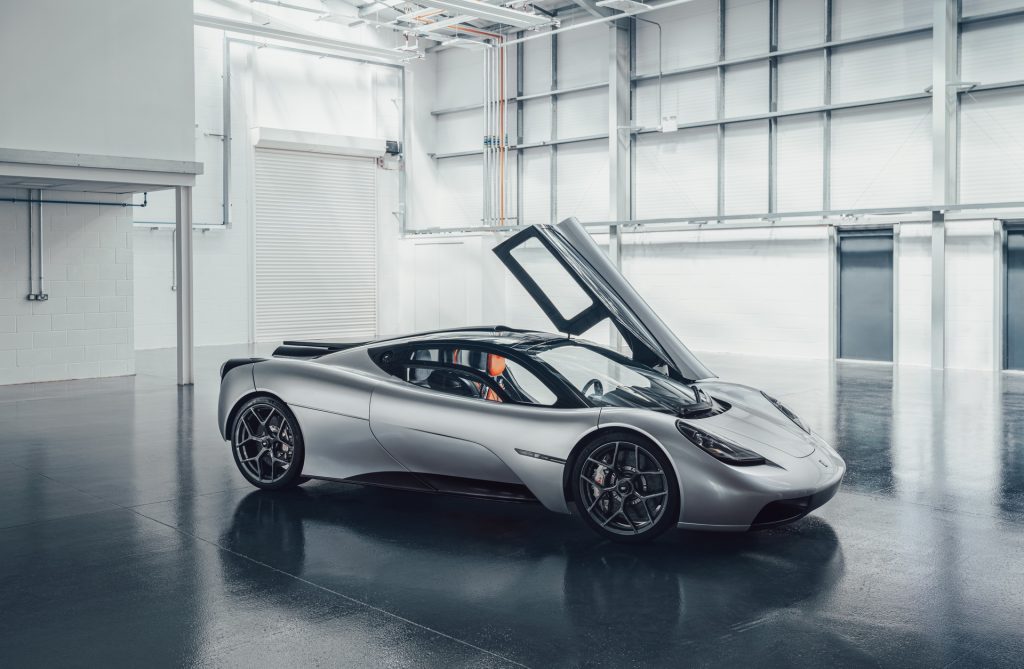 The man who created the McLaren F1 has followed up with a spiritual successor called the T.50 and here it is.

Designed to be the purest, lightest and most driver-centric supercar ever created, the T.50 improves on the McLaren F1 “in every conceivable way.”

It’s really hard not to see the resemblance to the McLaren F1 at the front as both models share a low-slung nose with smooth styling and narrow inlets in the corners.

One of the most intriguing features is of course the rear-mounted fan which spins up to 7,000 rpm via a 48-volt electric motor. It works with the active rear spoilers and diffusers to increase downforce by 50 percent in normal driving or by 100 percent in its Braking mode. The system also functions as ram-air induction for the engine to increase the powerplant’s output by around 49 hp (37 kW).

Another interesting note is the size of the car as it comes in at a total length of 4,352 mm making it an inch shorter than a Porsche Cayman.

As previously discussed the V12 is a bespoke unit built with Cosworth and will rev all the way to 12,100 rpm.

This engineering masterpiece is connected to the rear wheels via a six-speed manual gearbox. During development, the company paid special attention to making sure it had ideally light and crisp feeling when snicking the gearshift through the cogs.

Gordon Murray Automotive plans to make just 100 units of the T.50, and the company is charging £2.36 million before taxes for them. Production of the T.50 starts in January 2022 with the first deliveries taking place later that year.

The video filmed by Top Gear in the UK captures pretty much everything you need to know about it so if you are not in the mood to read, then scroll to the bottom and push play.