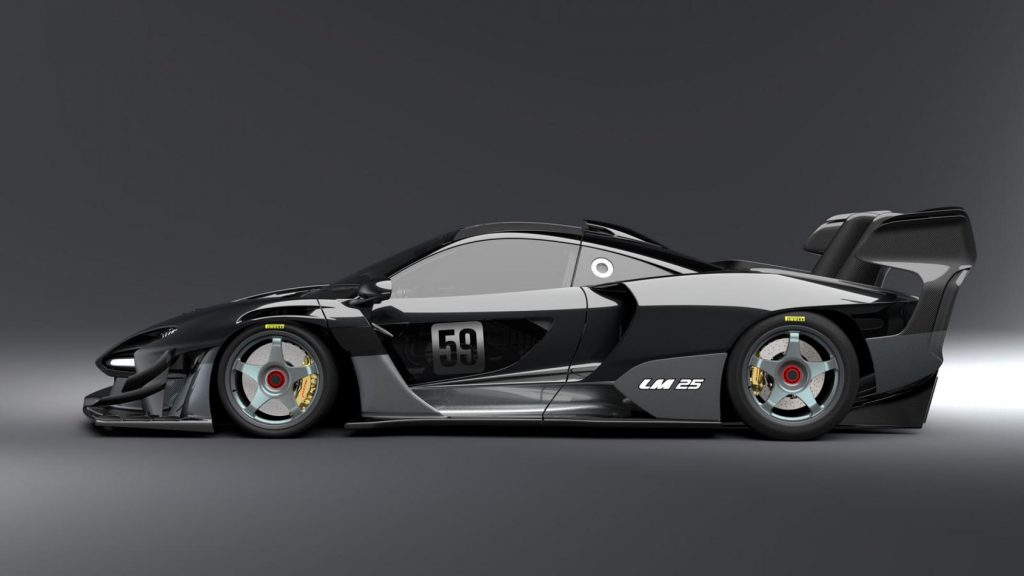 In June this year, Lanzante teased the LM25 Editions on social media as a tribute to their Le Mans win 25 years ago and now they have unveiled the models in a similar spec to the winning Ueno Clinic McLaren F1 GTR.

The build number is a nod to the seven F1’s that took part in the 1995 24-hour race, although unlike the GTR’s, each of Lanzante’s LM25’s will be based on a different model. There’ll be a coupe and Spider version of the 600LT and 765LT, a Senna and a Senna GTR. The seventh and final model is yet to be confirmed, but it is likely an F1 of sorts.

All cars will be painted in the same Grey paintwork to mirror the Ueno Clinic livery and all will receive bespoke five-spoke carbon-fibre wheels and gold brake calipers with red McLaren lettering.

Inside each, you get seats which are apparently identical to those fitted to the F1 GTR saving 18 kg or so.

In all, the LM 25 Editions are around 27 kg lighter than standard. As for mechanical changes, we should see “some increased output on some of the models where available”.

Each build takes about three months to complete with prices starting at £120,000 over and above the cost of the base car, which you’ll have to provide.