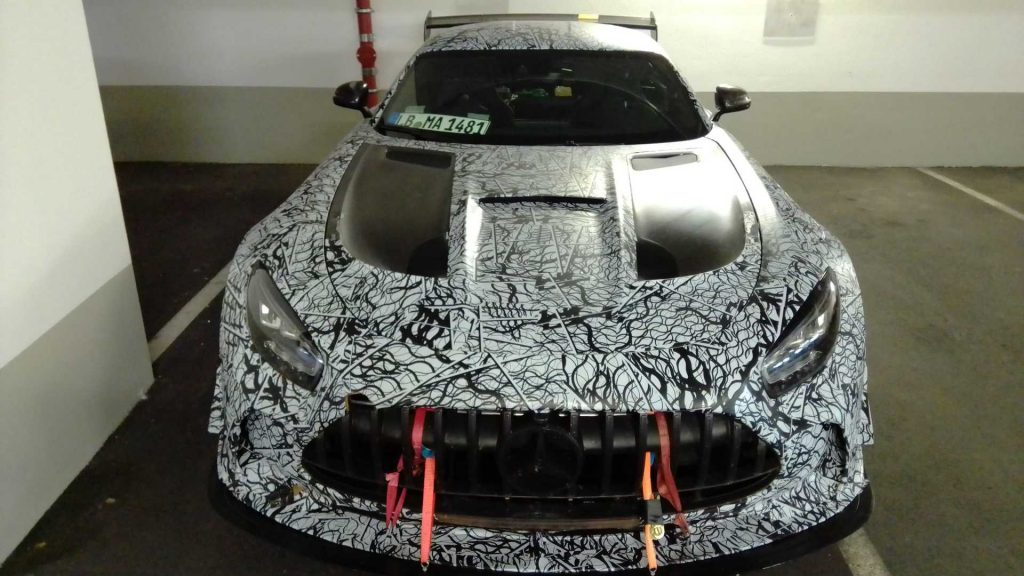 The covers were lifted off the Mercedes-AMG GT Black Series last month so why are we sharing images of a camouflaged prototype?

Well, the folks from Fastabast Taxi Experience seem to have the answer to this and simply put they want to set a new lap record at the Nürburgring for the fastest production car.

While they were in final stages of development, a prototype reportedly lapped the infamous circuit in 6 minutes and 58 seconds but the crew from Affalterbach were not satisfied with this and continued to fine-tune the range-topping Mercedes-AMG GT.

As seen in the shots here, they tweaked the aerodynamics and even added some non-production bodywork, including a wider, GT3-style splitter that was fixed and supported by two belts.

With the more aggressive aero and non-production accessories, the GT Black Series allegedly lapped the Nordschleife in around 6:40. If that is accurate, then it has smashed the Lamborghini Aventador SVJ time of 6:44.97 but Fastabast also claims that the 4.0-liter twin-turbo flat-plane crank V8 can be tweaked to produce an additional 120 to 150 horsepower, increasing output from 730 to around 850 hp.

With the aero upgrades and engine tuning done to set this reported lap time, it cannot be classified as a production car so will AMG offer these changes as an option on the production car? That is not known yet but it could result in a Mercedes-AMG GT Black Series Ring Edition or Track pack add-on of sorts.

Either way the latest Black Series offering is clearly a seriously capable machine!