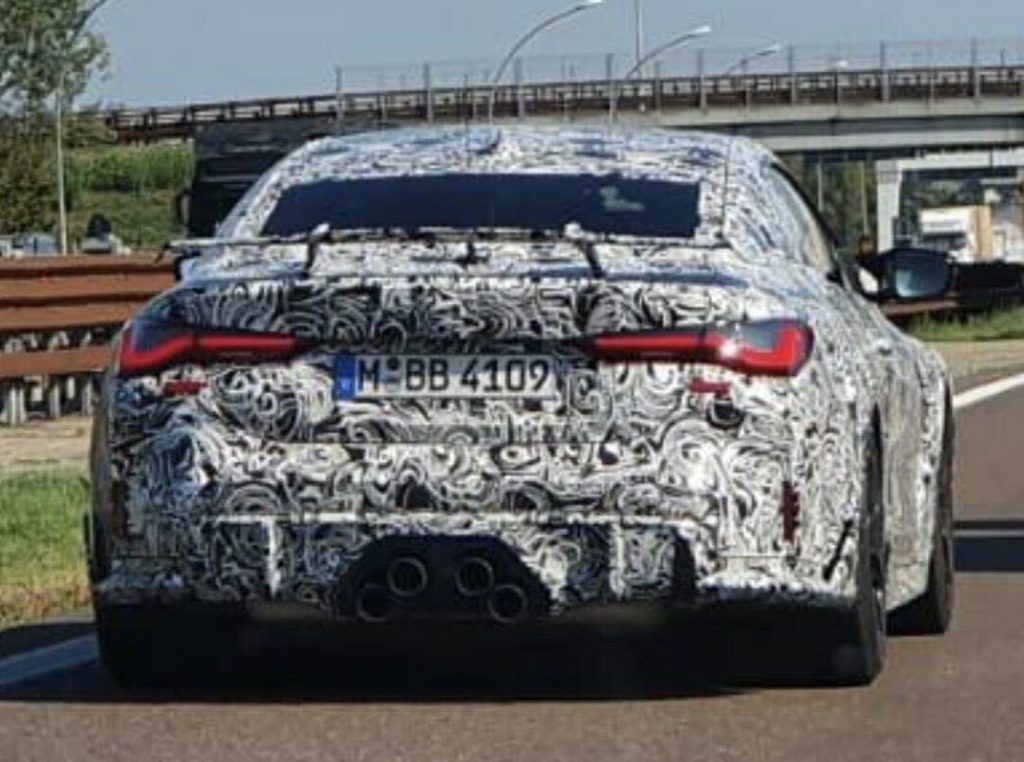 The new BMW M3 and M4 have not even been revealed yet and although that will take place very soon, it seems the folks from BMW M are working on more hardcore faster versions.

In the spy photos seen here, we can see what looks like a camouflaged G82 M4 but with some significant differences. For one there is a prominent fixed rear wing which could point to a GTS version of sorts or maybe even a CSL.

Below the wing, you will notice another significant change in exhaust pipe layout. While all M cars for the past couple of decades have had four exhaust pipes, two at either side of the rear end, this car’s quad pipes are a bit unusual. They’re huddled much closer together and almost stacked on top of each other to create a semi-triangular shape.

So what are they actually testing here? Well BMW has confirmed they want to see the return of the CSL name so could we be looking at the first prototype of a future M4 CSL?