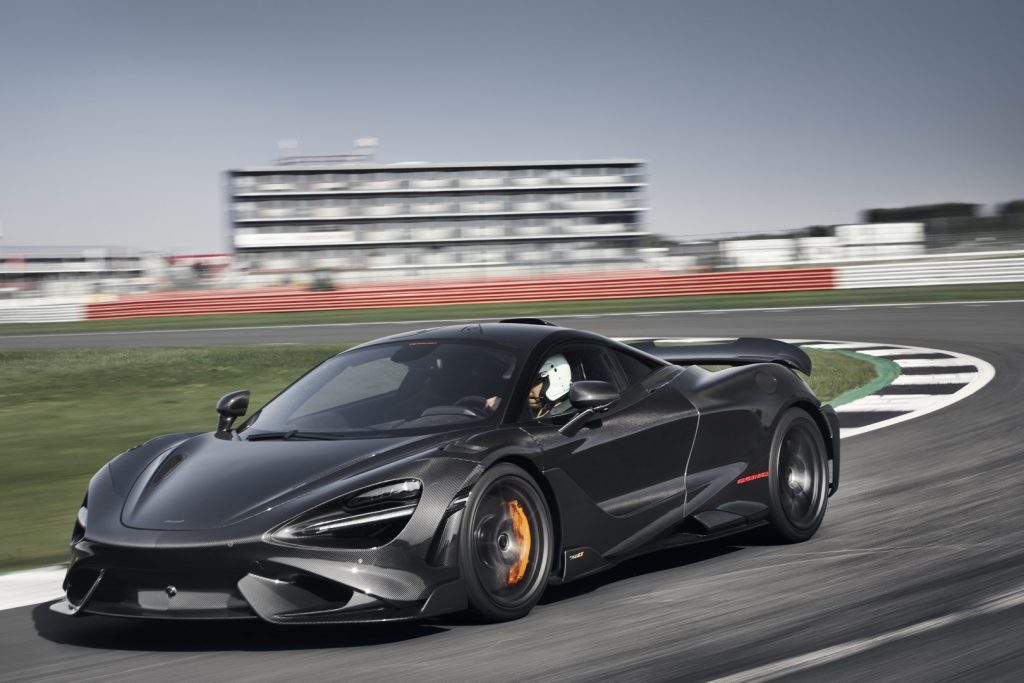 The McLaren 765LT has entered into production with the first customer deliveries expected to take place at the end of this month.

Just 765 units of the most extreme Super Series model ever will be hand-assembled at the factory in Woking and owners will be glad to hear that it performs even better than expected.

The combination of the light weight (1,229kg at minimum dry weight) and the 755 hp (563 kW) 800 Nm 4.0-litre, twin-turbocharged V8 McLaren engine underpins the incredible acceleration of the 765LT.

Launch off the line and you will hit 100 km/h in just 2.8 seconds but if you keep your foot flat you will hit 200 km/h just 4.2 seconds after that (7 seconds in total from standstill). That is as fast as a Ferrari LaFerrari and faster than the Porsche 918 Spyder.

Want to take it drag racing? Well you should as it is setting quarter-mile times of just 9.9 seconds. Those are full-blown hypercar numbers.

McLaren Special Operations (MSO) are sharing some of their 765LT creations with customers and can be seen in the gallery below.

Read the full descriptions of the creations from the press release after the gallery.

The Strata theme unveils a unique, graphical ‘art in motion’ paint scheme, inspired by a city skyline and realised in a three-colour design requiring 390 hours of hand painting and finishing. Strata’s Azores orange base colour is fused with Memphis Red and Cherry black, the two overlay colours running through the paint scheme in opposite directions to meet and blend on the panels of the 765LT’s dihedral doors. The unique paint scheme is further enhanced by a cohesive design language across the entirety of the car, both inside and out. The brake calipers form part of the colour blend, the front calipers being Volcano Red and the rears Azores Orange, while the interior boasts a host of colour-coded features from the MSO Bespoke range, including orange seat perforation and a push-to-drink system in Memphis Red.

A second theme based around a 3D honeycomb theme, called ‘GEOHEX’, features a striking combination of MSO Bespoke Tarmac Black and Tokyo Cyan paintwork with Visual Carbon Fibre components from the MSO Defined range along with a number of matching interior details. One of the most captivating projects yet is a car with a full Visual Carbon Fibre (VCF) body, a demonstration model of which has already been produced in response to customer enquiries. The demonstration model has been built in Clear Gloss Carbon Fibre to demonstrate the purity and intricacy within the weave alignment. The 765LT MSO Bespoke Carbon Fibre Body is available in a number of bespoke tints which can vary in complexity depending on the intended design.