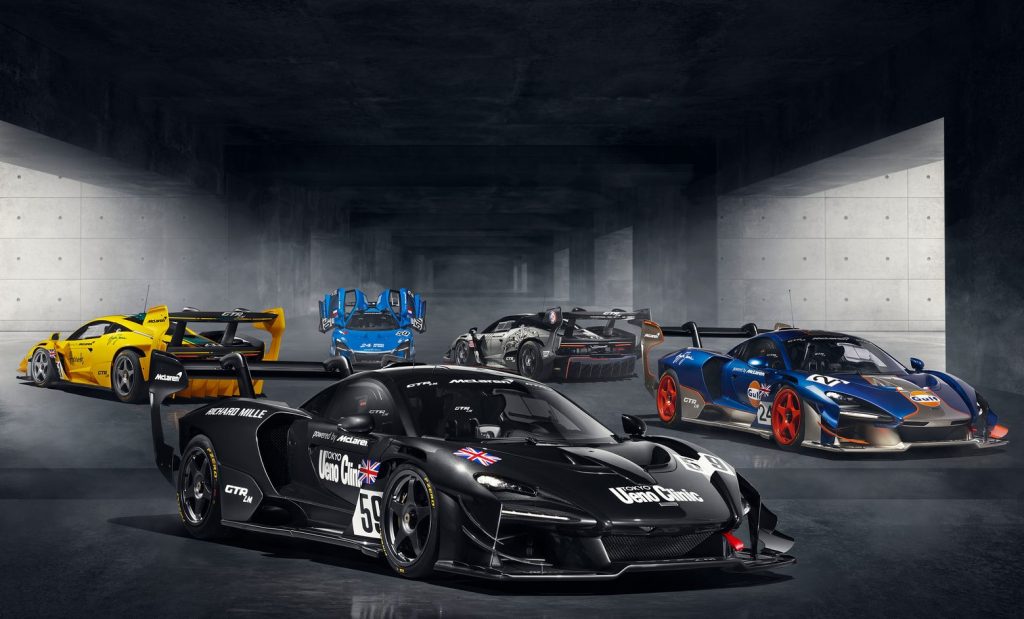 The manufacturer from Woking has revealed five special Senna GTR LM models to celebrate the five McLaren F1 GTRs that dominated the 1995 24 Hours of Le Mans.

As you can see below, all examples have been given their own unique paint scheme thanks to McLaren Special Operations and each has been designed to mimic the look of the F1 GTRs that finished in 1st, 3rd, 4th, 5th, and 13th at the 1995 race.

Each car took a minimum of 800 hours to paint and to make things more difficult they had to ask for special permission from companies such as Gulf and Harrods, as well as Le Mans organizer the Automobile Club de l’Ouest (ACO) to create various logos and trademarks. The only piece of vinyl on the exterior is a recreated scrutineering sticker on the roof of each car.

McLaren Senna GTR LM 825/1 is a homage to the McLaren F1/01R which we have come to know as the ‘Ueno Clinic’ car. This is the McLaren that won the race and the theme looks outright wicked on the Senna GTR LM.

The Senna GTR LM 825/6 is the ‘Harrods’ car which was driven by Andy Wallace, Derek Bell and Justin Bell. They actually could have won the race but experienced a transmission issue and had to limp home in 3rd.

Senna GTR LM 825/2 known as the ‘Gulf’ car is a homage to McLaren F1/02R which managed to finish fourth. Some orange OZ Racing Wheels and Ayrton Senna signature on the rear quarter of the bodywork makes this one unique Senna.

Senna GTR LM 825/7 pays homage to McLaren F1/07R which is known as the Jacardi car sports a royal blue livery and logos from the French oil company, Elf who sponsored that years race.

Last is the Senna GTR LM 825/5 which is a homage to McLaren F1/05R that came in 13th. This Senna took the longest to paint out of the whole lot as it needed extensive airbrushing to include pole position lap times and various Le Mans branding cues.

These special creations are busy being delivered to its owners in Europe, UK and the United States.