Has The BMW M5 CS Lapped The Ring Faster Than The Mercedes-AMG GT 63 S? 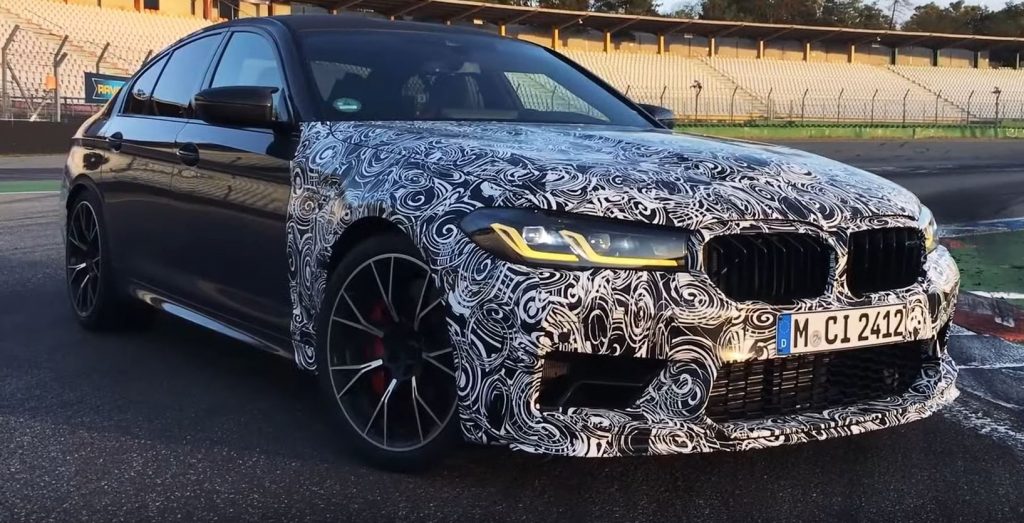 Just a few days ago we got confirmation that Mercedes-AMG had taken their Nurburgring record back from the new Porsche Panamera Turbo S but is this unreleased (and technically unconfirmed) Bavarian coming to spoil the party again?

This ladies and gents is the BMW M5 CS which was recently taken in prototype form to the Hockenheim-GP track to see how fast it lapped the circuit.

The pre-production M5 CS managed to set a 1:53.6 which means it came up short compared to the Mercedes-AMG GT 63 S 4-Door Coupé but there are a few noticeable things to mention here. First of all, it wasn’t running on Cup 2 tyres, and those can make a huge difference. Second of all, this is a pre-production model so we could see a more potent car when it is officially released.

The video below also shares new details with us about the upcoming M5 CS including a claimed output of 635 PS (626 hp; 467 kW) and some new lightweight seats which have a very interesting detail on the headrest.

Watch the video below and you will see the Nurburgring track embossed on the headrests which surely means something?

Considering the M5 CS and the GT 63 S are separated by just a few horsepower and the BMW is a lot lighter, we might see a new world record when the car is unveiled.