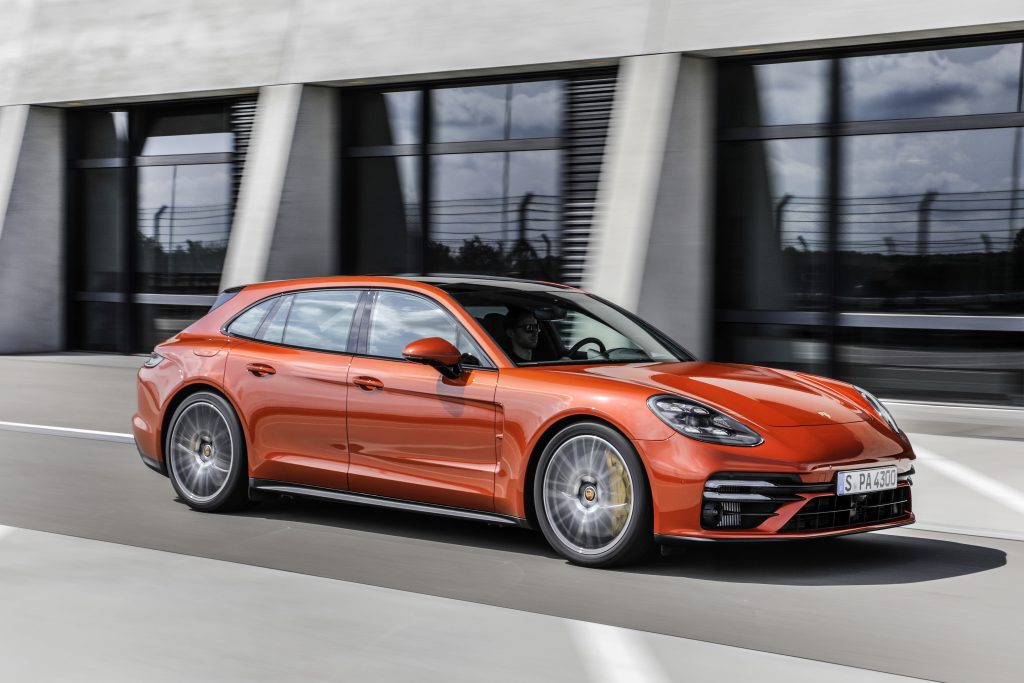 Porsche started teasing a new Panamera model last week with the announcement of the lap record on the Nürburgring Nordschleife and now we know it was the range-topping Turbo S model which replaces the Turbo in the current lineup.

Now that the refreshed Panamera lineup is official, we know that the new Turbo S variant packs a whopping 621 hp (463 kW) and 820 Nm of torque allowing the exclusive saloon to sprint to 100 km/h in just 3.1 seconds. The familiar four-litre V8 Biturbo engine has been comprehensively overhauled to enable the car to achieve a top speed of 315 km/h.

The new Panamera GTS gains 20 hp (15 kW) to deliver 473 hp (353 kW) and 620 Nm of torque while the traditional V8 sound characteristics are made even more prominent than before thanks to the new standard sports exhaust system featuring asymmetrically positioned rear silencers.

The performance in the Panamera and Panamera 4 remains unchanged which means the 2.9-litre twin-turbo V6 delivers 326 hp (243 kW) and 450 Nm.

Porsche is presenting a further performance-oriented plug-in hybrid model with the new Panamera 4S E-Hybrid. This sees the 2.9-litre V6 tweaked to deliver 434 hp (324 kW) combined with a 134 hp (100 kW) electric motor to deliver a total system output of 552 hp (412 kW) and a maximum system torque of 750 Nm. When combined with the standard Sport Chrono Package, the sprint from 0 to 100 km/h is covered in 3.7 seconds and will achieve a top speed of 298 km/h.

In addition to the regular saloon, the Panamera can also be ordered as Sport Turismo or Executive with a lengthened wheelbase, depending on the drive system. All models are now equipped from the factory with the previously optional Sport Design front end with striking air intake grilles, large side cooling openings and a single-bar front light module.

The front end of the Panamera Turbo S is differentiated by the larger side air intakes and newly designed elements in the exterior colour, which are connected horizontally and thus emphasise the width of the vehicle.

The revamped light strip at the rear now runs seamlessly over the luggage compartment lid with an adapted contour. It thus provides a continuous and flowing connection between the two newly designed LED tail light clusters. GTS models sport the new darkened Exclusive Design tail light clusters as standard with dynamic coming/leaving home function. Three new 20- and 21-inch wheels have been added to the wheel range so that a total of 10 different designs are now available.

Local availability and pricing will be released at a later stage.