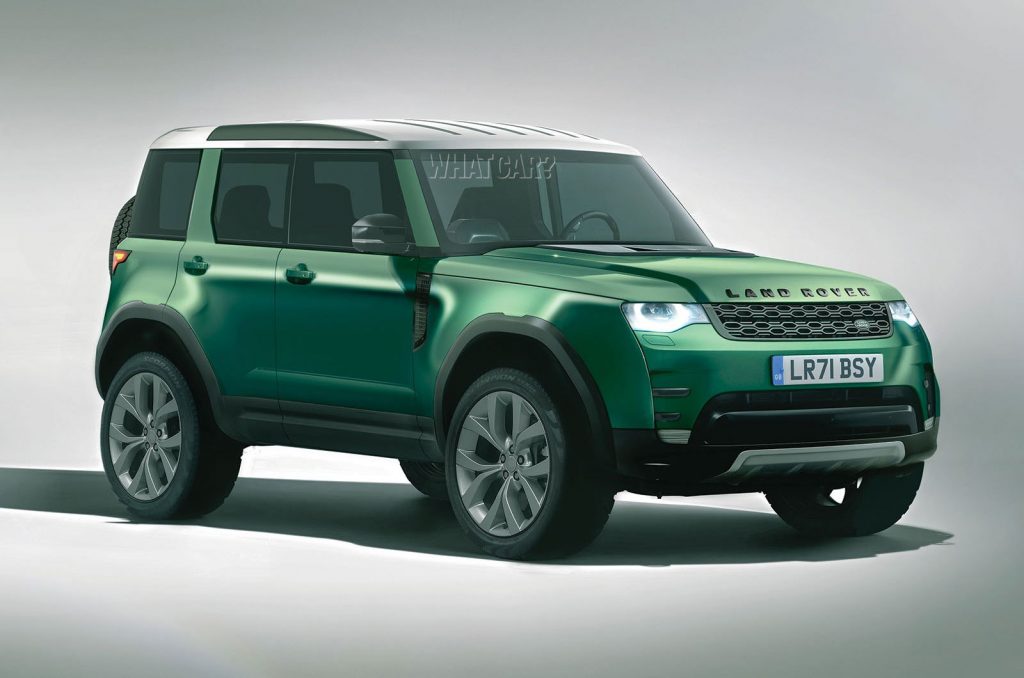 According to a new report, Jaguar Land Rover (JLR) is in the planning stages of at least seven new models to be introduced in the next three years.

What really enticed us was the mention about a Baby Defender reaching showrooms in 2022.

With styling that draws heavily on the full-size Defender, the new model will feature more of a stripped-back interior, as well as less space and equipment. The new model is likely to receive a name not yet seen within Land Rover, potentially kick-starting a sub-brand of more affordable models from the company.

This will compete with the likes of the Audi Q1, BMW X1, Volvo XC40 and will primarily be sold with a new 1.5-litre three-cylinder petrol engine and front-wheel drive, although versions with four-wheel drive and plug-in hybrid power should follow later.

We can expect the new entry-level SUV from Land Rover to be significantly cheaper. What Car says that the baby brother will begin from roughly £25,000 which is almost half the price of the ‘big’ Defender.

If the 2022 launch is accurate, we’re expecting to see spy shots with prototypes undergoing testing from next year.