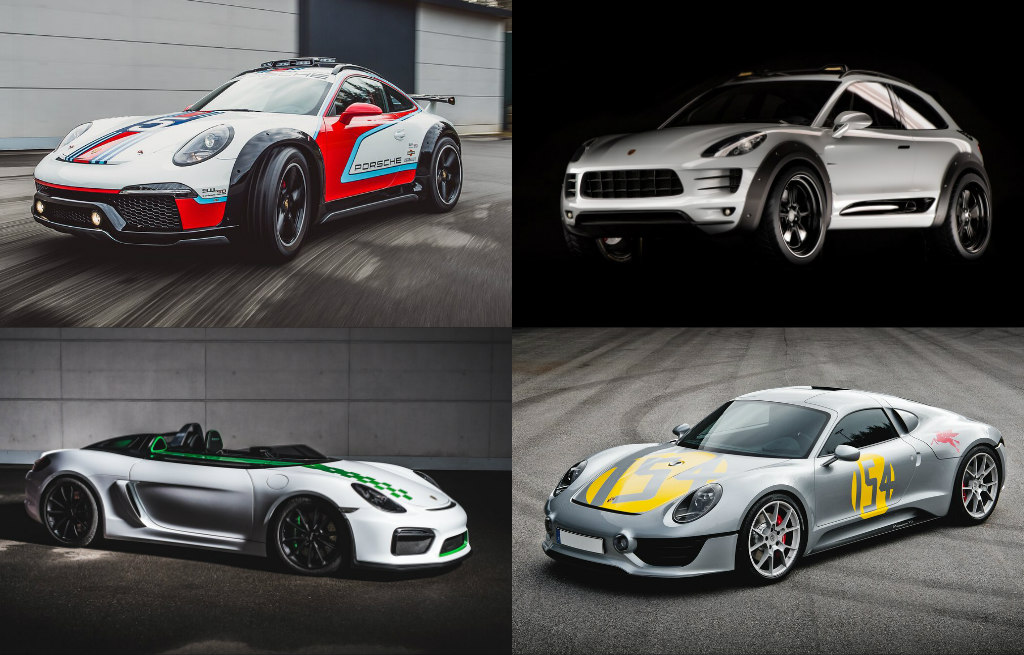 Porsche has decided to reveal a few of its unseen models and first up is the spin-offs category.

Back in the 70’s the Porsche 911 proved its astonishing off-road capabilities in the legendary East African Safari Rally. This prompted the Porsche design team to pay tribute to the off-road sports car with the 911 Vision Safari.

The basis is the 991 generation of the 911 but features raised suspension, reinforced wheel housings, massive bumpers and a spartan rally cockpit with race seats and roll cage. The designers even planned a special shelf mounted above a fan behind the seats – to cool down your crash helmet between especially hot stages.

The Porsche 911 Vision Safari completed its maiden drive “Out of Africa” on the gravel track at the Weissach test facility, where normally the Porsche Cayenne and Macan prove their off-road capability. Chief Designer Michael Mauer was the co-driver in the Safari 911, with its uniquely soft suspension setup, when it performed its first drift and remembers enthusiastically: “I have rarely had so much fun before!”

Believe it or not, this was developed back in 2012 so they have done a superb job at hiding it from us.

The Porsche 911 Safari and the 959 Paris-Dakar inspired the Macan Vision Safari and so the design team in Weissach fitted it with suitably chunky tyres. As a sportily proportioned three-door with increased ground clearance and a hatful of rugged accessories, the sporty off-roader would be ready to leave the tarmac: ready to explore the remoter corners of East Africa or the Siberian steppe, leaving a gigantic cloud of dust in its rear-view mirror.

This was developed up to a full size model in 2013 but since then nothing has happened with the model.

In the 50’s, Porsche had huge success in motor racing across the Alps with small, lightweight sports cars like the 910 Bergspyer.

Michael Mauer and his design team decided to pay tribute to these radical racers using the 981-generation Boxster back in 2014.

All the luxury and comfort features were removed, a shallow windscreen and roll bar was fitted, a single seat for the driver and a helmet shelf instead of a passenger seat, the Porsche Boxster Bergspyder was ready to tackle the mountains.

The Porsche Boxster Bergspyder made its public debut at the Gaisberg Hillclimb in 2019. Today, it is part of the collection at the Porsche Museum – alongside the lightweight ancestor after which it was named.

The first sports car from Stuttgart-Zuffenhausen was designed especially for motorsport and started its career at Le Mans with a closed roof.

In 2016, this pioneering low-slung racing coupé served as the Porsche design team in Weissach’s inspiration for an extreme road sports car based on the Porsche Boxster.

As you can see, it draws clear inspiration from the racing origins and has been dubbed the Porsche Le Mans Living Legend.

The front and rear lids open in opposite directions, refuelling takes place via a central filler at the front, and it proudly wears its racing start numbers all round.