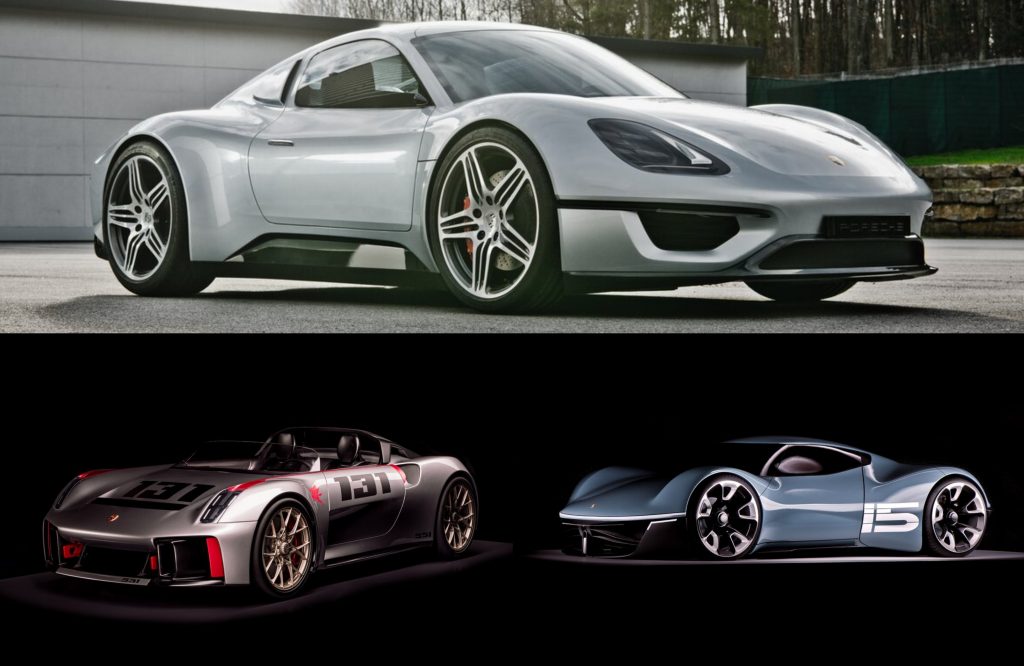 In the second batch of Porsche unseen, we head the way of Little Rebels.

Volkswagen revealed the economical 1-litre XL concept in 2014 which piqued the interest of the Porsche Design Studio due to its carbon monocoque chassis.

This framework presented the chance to develop a radically small and minimalist sports car. So, as the design team started to experiment with different body styles, they quickly realised, to their utter astonishment, that the car they’d designed had very similar proportions and dimensions to one of the lightweight racing legends from the factory museum – the Porsche 904.

As you can see, the result was very compact and sleek with the low cockpit and sculpturally flared wheel arches.

In 2016 an intern from the design team came up with this little concept using inspiration from the compact Porsche 916.

The Porsche Vision 916 is fully-electric with wheel-hub motors present in all four corners. This was also a tribute to the first all-wheel drive Lohner-Porsche race car, which automobile designer Ferdinand Porsche developed all the way back in 1900.

James Dean is one of the great heroes of Porsche’s history with his silver Porsche 550 Spyder “Little Bastard” still sitting in the Porsche museum to this day.

The Porsche Vision Spyder was not only harking back to the Dean and his sports car but also used the Porsche 550-1500 RS Spyder as a further source of inspiration.

With its spartan cockpit, flat radiator grilles over its mid-mounted engine, red racing stripes and the suggested fins at the rear, the compact sports car quite clearly calls to mind the Carrera Panamericana racer. At the same time, the study served as the basis for further development of the design identity for combustion-engined Porsche sports cars: the vertical arrangement of the headlights at the front as well as other aerodynamic and functional elements such as the angular roll bar were thus adopted as part of the Porsche design language.