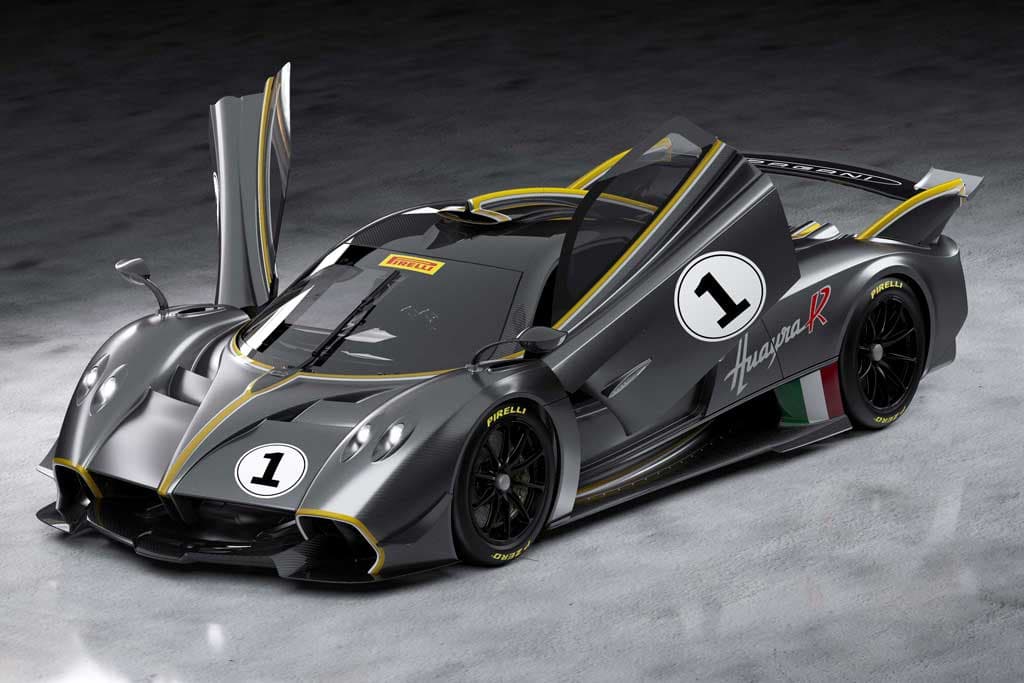 The Pagani Huayra has been around for 10 years believe it or not and now they have just revealed their most extreme offering yet, the Huayra R.

Apparently, Pagani asked their customers if they would want a twin-turbo or a naturally aspirated unit, and the latter was the overwhelming favourite (of course). Where there is a Pagani, there is power and this is no different as the 6.0-litre V12 pumps out 850 hp at 8250 rpm and 750 Nm (553 lb-ft) of torque between 5500 and 8300 rpm. Redline is set at 9000 rpm so you can just imagine what sort of soundtrack this track-only weapon will produce.

Sending the power to rear wheels is a six-speed dog-ring sequential which is a stressed member as well, supporting the Huayra R’s rear subframe. This was also a new development from HWA and instead of using Dallara for the carbon monocoque they tapped into HWA for this too. It has an integrated roll cage, seats, and side impact-absorption structures.

As expected, the most extreme Pagani hypercar ever features an elaborate motorsport-inspired aerodynamic package comprising a massive fixed rear wing, larger diffuser and other aero elements normally associated with Le Mans racers, such as a roof scoop.

Pagani claims the Huayra features “the highest level of automotive engineering and aerodynamic know-how” and bills it as “a laboratory car that incorporates the technology of future Pagani models”, “a celebration of performance, technology and art applied to a track car” and “the pinnacle of Pagani Automobili technological development”.

Naturally, the Huayra R is expensive and if you have the chance to buy one, you will need a minimum of €2.6 million (plus tax). Pagani only plans to build 30 examples, and if they’re not already spoken for, you can bet they will be soon.

To say this is an exciting car is the understatement of the year but let’s hope Pagani continues down this path and we see this mighty naturally aspirated V12 in use in other creations.